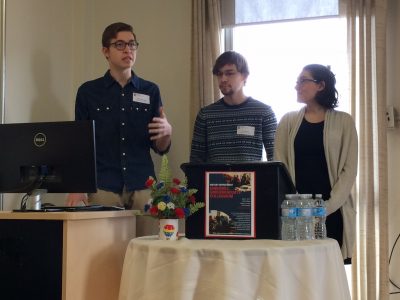 The first History Society Undergraduate Colloquium was organized in 2004. Led by Patrick Watson, a group of activist history students sought to launch an annual forum to showcase noteworthy research produced by their colleagues.

In 2014, on the occasion of its 10th anniversary, the colloquium was renamed in order to reflect the generous pledge of ongoing support from the Frank Underhill Endowment Fund. The occasion is now known as the Underhill Undergraduate Colloquium, but its mission to inspire and promote excellence in undergraduate research remains unchanged.