The President and Vice-Chancellor 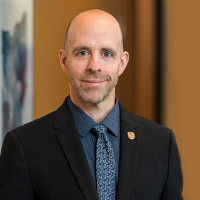 The President and Vice-Chancellor

Dr. Benoit-Antoine Bacon started his five-year mandate as President of Carleton University on July 1, 2018. He joined Carleton from Queen’s University where he served as Provost and Vice-Principal (Academic).