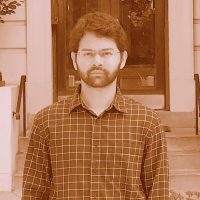 Dr. Muhammad U. Faruque is Inayat Malik Assistant Professor of Arabic and Islamic Studies at the University of Cincinnati. His research lies at the intersection of religion, science, philosophy, and literature, especially in relation to the Islamic intellectual tradition. He earned his PhD (with distinction) from the University of California, Berkeley, and served as Exchange Scholar at Harvard University and as George Ames Postdoctoral Fellow at Fordham University. His highly acclaimed book Sculpting the Self (University of Michigan Press, 2021) addresses “what it means to be human” in a secular, post-Enlightenment world by exploring notions of selfhood and subjectivity in Islamic and non-Islamic literatures including modern philosophy and neuroscience. Dr. Faruque’s work has been supported by the Templeton Foundation, the Ames Foundation, the Mellon Foundation, and the Bestway Foundation, and has appeared in many peer-reviewed journals such as Philosophy East and West, Arabic Sciences and Philosophy, the Journal of Sufi Studies, Religious Studies, and Ancient Philosophy. He is currently writing a book on Artificial Intelligence and the ethical challenges of information technology.