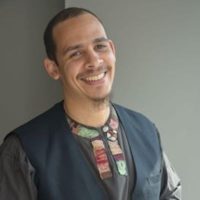 Dr. Remi Warner is currently the Director of Human Rights Services at Toronto Metropolitan University in Canada. Remi has a PhD in Social Anthropology from York University, and an interdisciplinary Master of Arts degree in Culture, Race, and Difference from Sussex University. Born in Dakar, Senegal of African-Trinidadian and British parentage, and raised in Hamilton, Ontario, Remi has had the fortune of pursuing higher education across the Atlantic world that has so formed him, from undergraduate study at the University of West Indies in Trinidad & Tobago, to Masters research on political philosophy as a Commonwealth Scholar in the UK, to doctoral anthropological fieldwork as a visiting scholar at the Centre for African Studies, University of Cape Town, South Africa.

He is currently a Senior Fellow at Massey College at the University of Toronto. Remi’s research and scholarship reflects an abiding concern with the perils and promise of contending visions and practices of pluralism, identity and belonging in an increasingly diverse and interconnected society and world. His primary contributions have been in the areas of public policy, law and practice as he spent much of the last decade at the Ontario Human Rights Commission where he led the drafting of the Commission’s (2015) Policy on preventing discrimination based on creed, and (2018) report, To dream together: Indigenous peoples and human rights.

Prior to joining Toronto Metropolitan University, Remi headed the Toronto District School Board’s Human Rights Office. During his preceding time at Ontario’s Anti-Racism Directorate, Remi played a lead role drafting the Province’s anti-racism strategy and legislation (Anti-Racism Act, 2017, the first of its kind), which helped occasion his (2017) appearance before the United Nations in Geneva, Switzerland, as part of Canada’s delegation at the 2566th and 2567th meetings of the UN Committee for the Elimination of Racial Discrimination. Remi is a proud husband and father of five children and spiritual aspirant and student of the traditional sciences on the path of Islam.