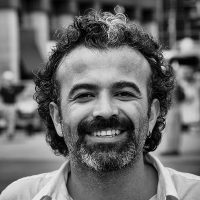 I work through an interdisciplinary research agenda cross-cutting the fields of critical criminology, police science, political economy, and social history. I have been particularly interested in the formation of state power with the advent of modern policing and its dialectical association with the contested processes of class formation and social marginalization. Building on my doctoral dissertation that was nominated for a Carleton University Senate Medal, I am currently working on a book project on the social history of policing in modern Turkey that is under contract with Edinburgh University Press. Utilizing oral narratives, official discourses, visual imaginaries, and literary representations in the context of the making of police power and urban marginality in Ankara, Turkey’s national capital, this project offers a critical contribution to international social historiographies on policing, law, and crime from the perspective of the Global South.

I am a passionate and enthusiastic teacher with a deep belief in the transformative power of higher education that equips students with skills of informed and critical thinking and communication. My ultimate goal in teaching is to foster critical thinking, alternative imagination and creative potential of my students for their empowerment as active and concerned citizens in a democratic society. For this aim, I love to integrate blended mediums of teaching with experiential learning techniques while making extensive use of open education sources including social journalism, literary critique, and visual arts.

Policing Slums in Turkey: Crime, Resistance, and the Republic on the Margin [under contract with Edinburgh University Press]

Dolek, Caglar (2020) “’The law of the city’?: social war, urban warfare, and dispossession on the margin,” to be published in the collective volume: Turkey’s New State in the Making: Transformations in Legality, Economy and Coercion, edited by Bedirhanoglu, P., Dolek, C., Hulagu, F. and Kaygusuz, O. (eds.) ZED Books, 276-294.

Bedirhanoglu, Pınar, Caglar Dolek & Funda Hulagu (2016) “A Contribution to the Marxist Critique of Critical Security Studies: Rethinking ‘Security’ within the Context of the State, Coercion and Class Struggle”, Praksis, 40: 9-40. (in Turkish)

Bedirhanoglu, Pinar, Caglar Dolek & Funda Hulagu (2016) “The Transformation of Internal Security and of the State in Turkey during the AKP Rule: A Class-based Analysis”, Austrian Journal of Development Studies, XXXII, 1/2: 21-41.