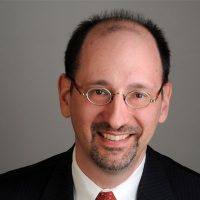 Dr. Ivan Zinger received his degree in Common Law from the University of Ottawa in 1992, and completed his articles of clerkship at the Federal Court of Canada. In 1999, he obtained his Ph.D. at Carleton University (Ottawa) in Psychology of Criminal Conduct. He is an Adjunct Professor with the Law Department at Carleton University.

Dr. Zinger joined the Public Service of Canada in 1996.  He held a variety of senior managerial, policy and research positions in public safety-related federal departments and agencies. In 2004, he joined his current employer, the Office of the Correctional Investigator (Federal Prison Ombudsman), and in 2009 he became the Executive Director and General Counsel. As of January 1, 2017, Dr. Zinger was appointed as Correctional Investigator of Canada pursuant to section 161 of the Corrections and Conditional Release Act.

Over the years, Dr. Zinger has developed expertise in domestic and international human rights law in prison settings. His academic publications are significant and include articles on a variety of subjects, including prison oversight, ethics, dangerous offenders, correctional treatment, the diagnosis of psychopathy, conditional release, penal segregation and the impact of tough on crime measures on corrections.

Dr. Zinger is the recipient of the 2014 APEX Partnership Award for “making communities safer by building strong and effective partnerships across the country and abroad, contributing to the development of more effective correctional practices in Canada.”  This prestigious award is one of six presented annually by the Association of Professional Executives in the Public Service of Canada (APEX).

I. Zinger (2016).  “Human rights and federal corrections: A commentary on a decade of tough on crime policies in Canada”.  58:4 Canadian Journal of Criminology and Criminal Justice.

I. Zinger (2012).  “Conditional release and human rights in Canada: A commentary”.  54:1 Canadian Journal of Criminology and Criminal Justice 117.

I. Zinger (2006).  “Human rights compliance and the role of external prison oversight”.  48:2 Canadian Journal of Criminology and Criminal Justice 127.  Acted as guest editor for a special issue of this journal on Prison Oversight and Human Rights.

I. Zinger, & A. Forth  (1998).  “Psychopathy and Canadian criminal proceedings: The potential for human rights abuses” July Canadian Journal of Criminology 237.