Congratulations to Salina A 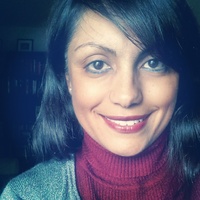 bji, whose dissertation was recently awarded the Department’s 2016 Dennis William Magill Canada Research Award for best dissertation or published paper on Canadian society by a PhD student (Sociology) at the University of Toronto. Salina defended her dissertation, entitled Emerging Logics of Citizenship: Activism in Response to Precarious Migration and Gendered Violence in an Era of Securitization, in the fall of 2016. Her dissertation investigated changing understandings of citizenship among activists in Toronto, Canada, in response to deportation and removal of ‘undocumented’ migrants from schools and women’s shelters.

Salina is currently a SSHRC post-doctoral fellow at Carleton University, where she is conducting research on immigration detention practices in Canada, and the role of activists in negotiating, contesting, and reproducing state power over borders and citizenship

“We consider Dr. Abji’s work a clearly written and thoroughly researched reassessment of postnationalist theory – the idea that a growing number of people are coming to think of themselves and others as members of a global community enjoying rights that extend to all of humanity.”

It accomplishes this task by demonstrating that Canadian immigration activists and federal employees increasingly used postnational human rights ideas to inform their actions during the years of the Harper government. Activists did so as they blocked immigration authorities from entering schools, women’s shelters and other institutions to investigate and deport non-status migrants. Some state employees followed suit by reacting negatively to securitization measures and questioning the legitimacy of citizenship rights as narrowly defined by the government.