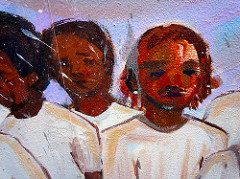 This one-day workshop followed by a public reception intended to provide concrete policy recommendations for the current Trudeau-Liberal government to address the systematic overhaul of Canadian immigration, refugee and citizenship policy conducted by the previous Harper-Conservative government. The changes increased the occurrence and persistence of precarity, contributing to the systemic exclusion of a growing number of non-citizens who live and work in Canada.

The previous government left nothing untouched, relying on temporary status to manage its immigration programs. For example, the reforms in the temporary foreign worker program included caps and restrictions to numbers of successful work authorizations, higher fees for employers, and the most recent four-year maximum rule (repealed by the Trudeau-Liberal government in January 2017), all measures to push a “Canadians First” hiring agenda. As well, the previous government created new measures to render permanent status less stable and engaged in the enforcement of immigration legislation with new zeal. For example, persons who have acquired refugee protection or citizenship may have it taken away more easily for benign reasons as acquiring a passport from their country of origin to visit a sick relative. The result is that gaining access to permanent status became lengthier, more complicated and more onerous.

The organizers, Dr. Amrita Hari and Dr. Chai Yun Liew, invited twelve experts in immigration, refugee, and citizenship policy, including emerging scholars and PhD students. The morning session assessed the current version of the programs for temporary migrant workers. The afternoon session focused on the marginalization and abuse of specific vulnerable groups that exist outside of the formalized temporary labour migration streams, including but not limited to refugee claimants, migrant sex workers, visa overstayers, sponsored dependents, and stateless persons.

Both the workshop and the public reception sought to create opportunities for overlapping conversations that are occurring separately at the moment on the issues of temporariness and precarious status. Reform of migration policy requires the concerted and collaborative efforts of academics, activists, and policy makers, and feedback from interdisciplinary academics, legal experts, community partners, and policy makers, will be vital to fine-tuning the research and recommendations that come out of the event. The objectives of the event were met through the active promotion of the event, detailed presentations delivered by the invited experts, as well as the lively Q&A sessions that followed. 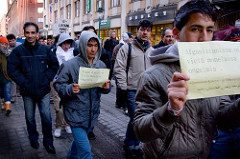 Promotional materials were sent through a variety of available listservs (including MDS) and personalized E-invitations were sent to persons working in the immigration community in Ottawa, including settlement workers, social workers, doctors, psychologists, lawyers, policy makers, academics and journalists. The workshop sessions held at Carleton University were attended by faculty and graduate students from both universities, representatives from the policy and research and evaluation branches of Immigration, Refugees and Citizenship Canada, and the Canadian Labour Congress. The invitation to the reception held in the event at the Human Rights and Research Education Centre (University of Ottawa) was extended to the broader Ottawa community, and attendees included faculty, students, immigrant-serving organizations (e.g. Philippines Migrant Society), and several staffers of NDP and Liberal members of parliament.

The workshop exemplifies the purpose of the MDS collective, as it generated dialogue, debate, and most importantly ready recommendations on a significant and timely topic in the area of migration studies. It incorporated cross-university collaboration (jointly organized by Carleton and uOttawa) and raised the profile of MDS and Carleton with academic, governmental, and community partners involved in issues of migration, refugees and settlement in Canada. The event was interdisciplinary in nature and brought together experts from a various disciplinary backgrounds. Most importantly, the workshop created room for new ideas and emerging scholars. Furthermore, the MDS community will continue to have access to the recommendations emerging from the event in the form of journal articles to be published in a special issue of International Migration.