Home / News / ﻿Rethinking the Afropolitan: The Ethics of Black Atlantic Masculinities on Display

﻿Rethinking the Afropolitan: The Ethics of Black Atlantic Masculinities on Display 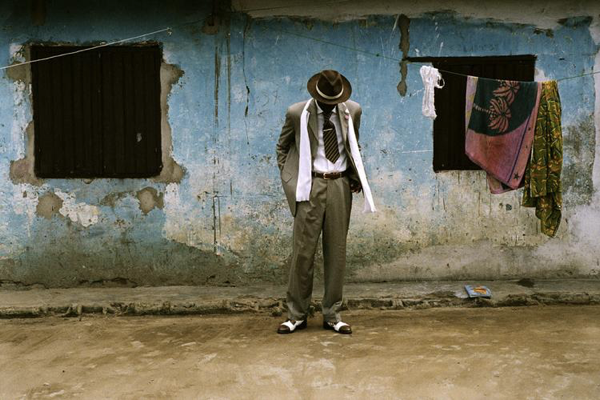 A 21st century term, “Afropolitan,” already is charged with contested meanings. Celebrated by some as the pinnacle of African modernities, others see the Afropolitan as glorified consumers or objects of globalization and capitalization. However, most discussions of Afropolitans have occurred in relation to the arts, literature, and fashion and almost exclusively in relation to Africans in Western cities or Westernized enclaves in Africa in the present. A historicized approach to the concept of the Afropolitan raises new questions about how scholars and activists read race, gender, identity, and ethics in images and texts. 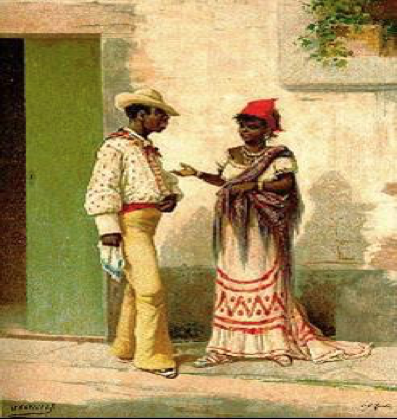 For example, a recent proliferation of images and news articles about Congolese men known as sapeurs (The Society of Ambiance-Makers and Elegant People) might be considered an example of Afropolitans and the epitome of the “black dandy.” While the “black dandy” may be a resurgent theme in academic circles or in popular culture, the sapeur evokes a long history of empire, immigration, religious change, and upheaval that touches upon more than an elite lifestyle. Other versions of the “black dandy” have existed across the Atlantic world throughout history, including the caricatures of Julius Soubise, the freed slave who became a fashionable fencer and riding master in eighteenth-century London, or the “fast-talking” “curro” in nineteenth-century Cuba. At the same time, women of color have also been characterized as the jezebel, “mulatta,” or housewife, alternatively signifying rebelliousness, hypersexuality, or complacency in Latin America, the United States, the Caribbean, Europe, as well as in Africa. Even with the perennial image of enslaved black bodies, women and men of African descent also have been viewed and abused as consumers historically and globally.

Thus, each of the core themes animating this conference are broad. We challenge our participants and audience to historicize and complicate the idea and image of the Afropolitan and the controversies it has engendered. Our conceptualization of the Black Atlantic incorporates people of color and the range of communities they form among themselves and with others across the African, European, and American continents and the Caribbean. Masculinities also include women, third gender, sexualities, and trans- identities. Similarly, texts and histories are part of our understanding of visuality and the media. Indeed, the Afropolitan serves as the perfect invitation to think about this crossroads of history and visual culture because, increasingly, transnational historical actors, social movements, and the politics of identity profoundly shape what we research, what we write, and what we think that we see.

While this workshop aims to examine the intersections of gender, race, and visual culture, in the Atlantic world, from the sixteenth century to the present, we will consider proposals that also de-center the Atlantic by treating similar themes in or in relation to other regions such as the Mediterranean, Indian Ocean, or Pacific Ocean worlds. Funding is available to cover the travel and accommodations of those presenting at the workshop. One of our keynote speakers Silvio Torres-Saillant, Dean’s Professor in the Humanities, Syracuse University will be presenting his new work. We plan to publish selected papers as an edited volume or special issue of a journal.

Submissions need not be confined to these topics, but, if possible, please indicate at least two themes that correspond to your proposal:

The Politics of Performance

●      Histories and legacies of slavery

●      The economics of citizenship

If you have any questions, please contact Rosa Carrasquillo at rcarrasq(at)holycross.edu or Lorelle Semley at lsemley(at)holycross.edu and include “Rethinking the Afropolitan” in the subject line. Authors of accepted proposals will be contacted by June 1, 2017. Complete papers or presentations will be due on August 15, 2017 for pre-circulation with discussants and workshop participants.

Sponsored by The Rev. Michael C. McFarland, S.J. Center for Religion, Ethics and Culture, College of the Holy Cross