Home / News / CfP Workshop: Children on the Move from the 20th to the 21st century. A Biopolitics Perspective

CfP Workshop: Children on the Move from the 20th to the 21st century. A Biopolitics Perspective

An international workshop to be held at the University of Padua, Italy, on 9-10 June 2017 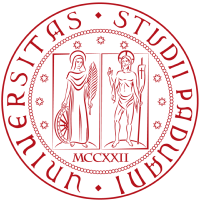 The increased mobility of people across national borders, whether by choice or by force, has become an integral aspect of the modern world. Migration has affected both families and individuals of all ages, including children. Even though the precise number of migrant children is unknown, numerous studies estimate that millions of children have been on the move, both within and between countries, with or without their parents. Children therefore find themselves in a variety of circumstances: child refugees, asylum seekers, adoptees, unaccompanied minors, trafficking victims, displaced people, climate refugees, street children and economic migrants.

Migrant children are often at the crossroads of conflicting priorities related to local and global issues (conflict, displacement, poverty, (under)development). Throughout history, states, organisations, institutions, and communities have tried to manage and control migrants and migratory processes. While the latter topic has been the subject of extensive research, the study of child migration lags behind.

This workshop aims to address this gap by adopting Foucault’s theoretical framework of biopolitics – a control apparatus exerted over a population – to the case of children. Focusing on the international migration of children to and from Europe during the 20th and the 21st centuries situates this research in a long-term perspective. This can lead to a better understanding of how social, political and economic changes impact child migration.

This workshop will address the following issues from two different perspectives:

Proposals in either English or French should be submitted to beatrice.scutaru(at)unipd.it and simone.paoli(at)unipd.it by April 9, 2017. The selection will be finalized by mid-April. Abstracts should be 250 words long with the key argument, research methods and findings of each contribution. Proposals must also include name and surname, position and affiliation.

Participants’ accommodation costs will be covered by the organisers. Travel costs will be reimbursed on the basis and upon receipt of the original invoices, up to the amount of 200 euros. There will be no participation fee.