On December 4, 2017 the Department of History, the Migration and Diaspora Studies Initiative, and the Carleton Centre for Public History hosted a launch for an exhibition of murals by Jose Venturelli Eade.

The evening featured discussions and reflections about the activism of Chilean exiles in Canada, the importance of mural art in creating national identity, and the role of Carleton in welcoming the Chilean diaspora in Ottawa. The colourful murals will remain on the 4th floor of Paterson Hall until mid-December before traveling to exhibit in Chile. 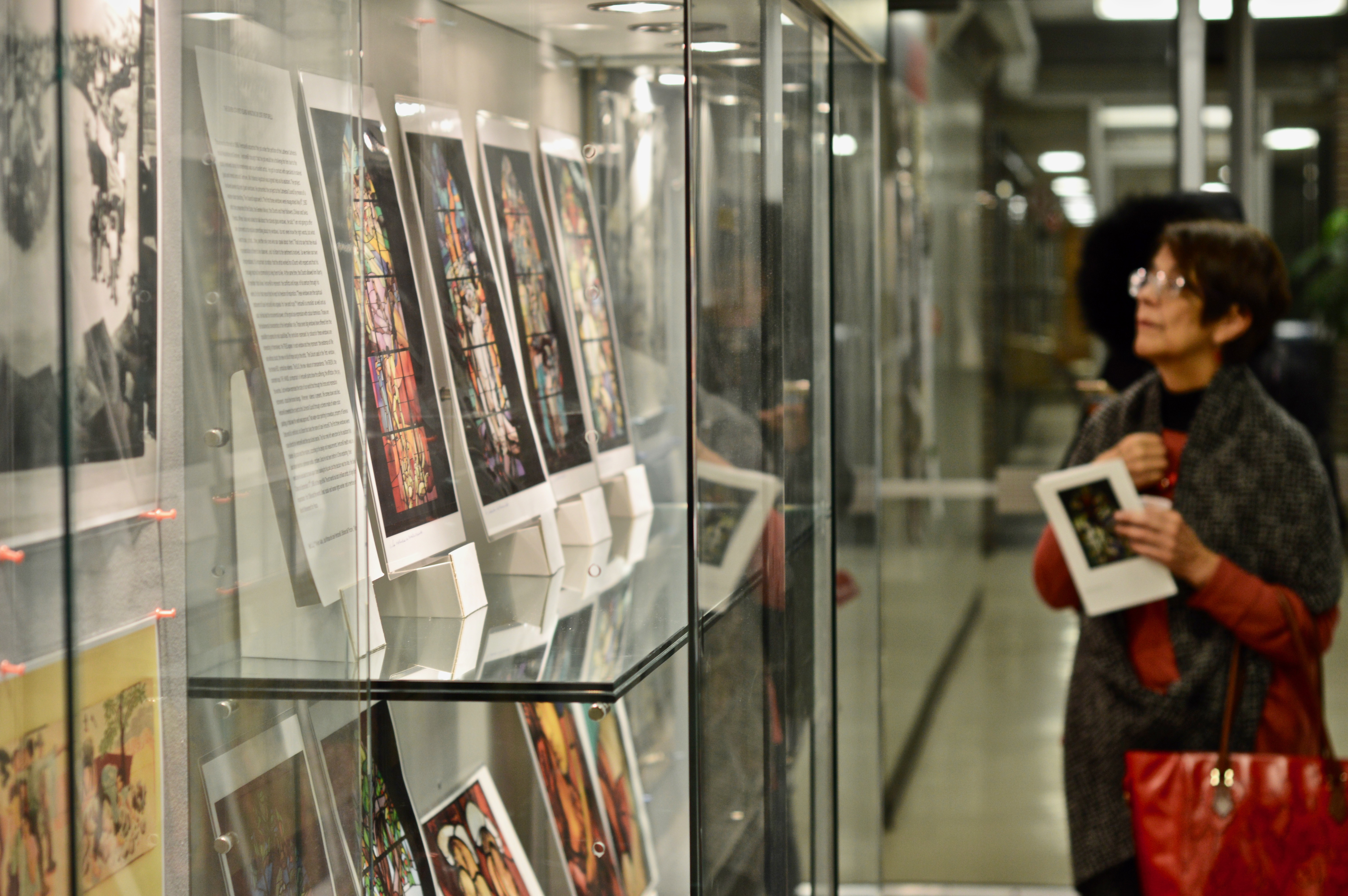 An attendee looks at the temporary exhibit of murals by Jose Venturelli Eade in glass cases on the 4th floor of Paterson Hall.

Curator of Latin American Development Projects and one of the first Chilean refugees to arrive in Ottawa, Leonore Leon, has acquired the rights to print and display reproductions of the murals and of the stained-glass windows he made for the oldest church in Geneva during his stay there, as well as a few murals from his teacher. At the event, Leonore called Carleton University her own, speaking with pride and gratitude for being a member of the Carleton community. 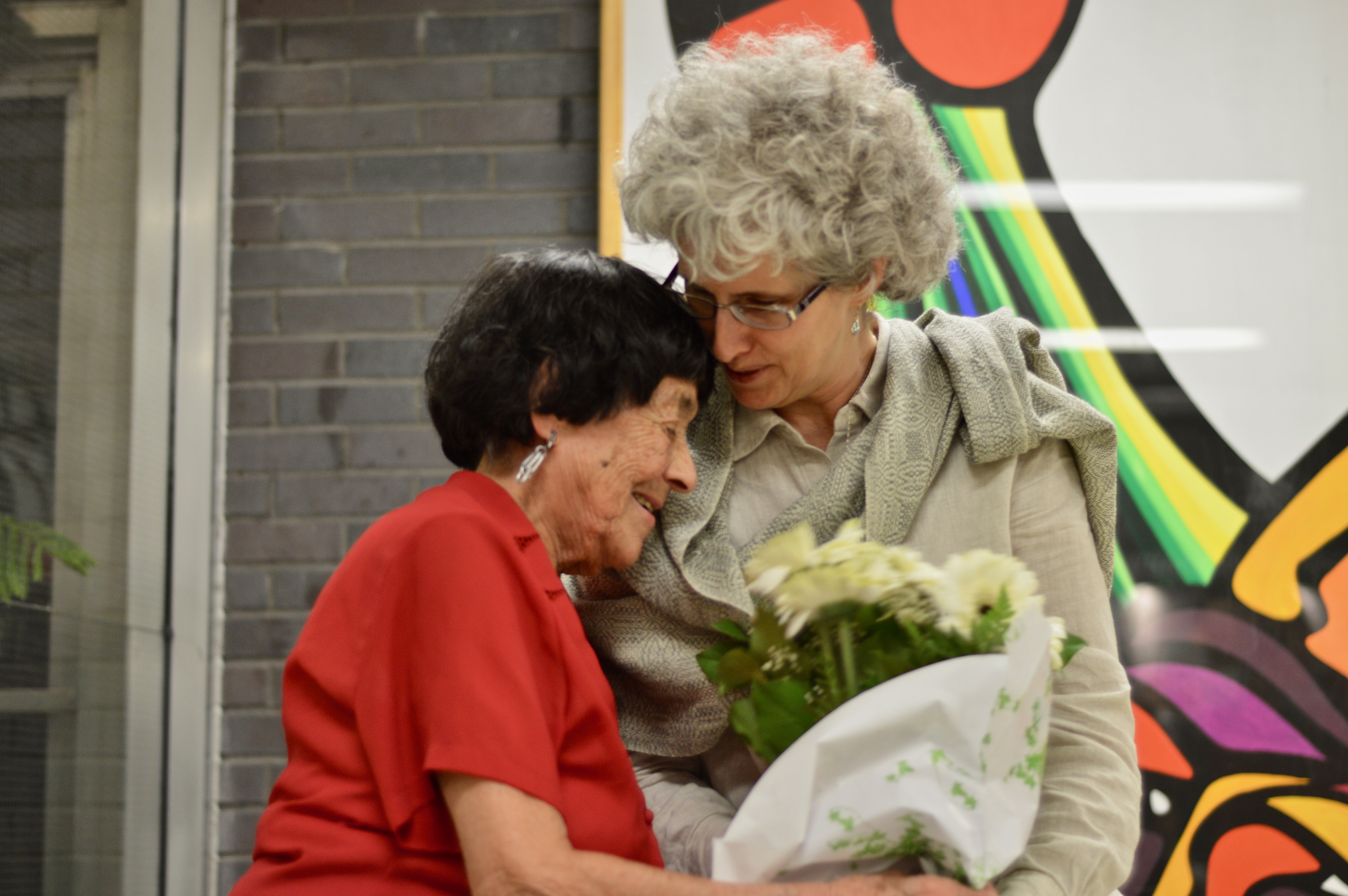 Leonore Leon (left) offers a bouquet of flowers to Dominique Marshall (right) and they share a tender moment of embrace.

Gabriel Etcheverry, Instructor in Modern Latin American History, spoke about the links of coincidences that brought together this event. Her parents came to Carleton University’s Spanish Department to escape Chilean dictator Augusto Pinochet. Etcheverry highlighted the mural as a visual language tool, a way to bring together elements of politics and experience, culture and change. At the end of her remark, Gabriel said “this is just one small story of exile.”

Jose Venturelli Eade (1924-1988) is an interesting historical figure because he was able to be in the right place in the right time, an artist of coincidences. Venturelli was a painter, engraver, stage designer and Italian-Chilean muralist. His work includes the mural “América, I do not invoke your name in vain”, which is housed in the library of the Central House of the University of Chile (1950) and the mural “Chile” for the United Nations Conference on Trade and Development III in 1972. After the military coup in Chile in 1973, Eade went into exile in Switzerland. He died in China in 1988, where he had served as Latin American ambassador and general secretary of the Movement for Peace for the countries of Asia, Africa and the Pacific.

Leuten Rojas, Filmmaker and author of I REMEMBER, TOO (Canada 1975, 13 minutes) spoke about the artists’ work to contain the memory of violence persecutions and times of change. His film about the drawings of three children of post-1973 Chilean exiles living in Ottawa played on a loop in the History Lounge. 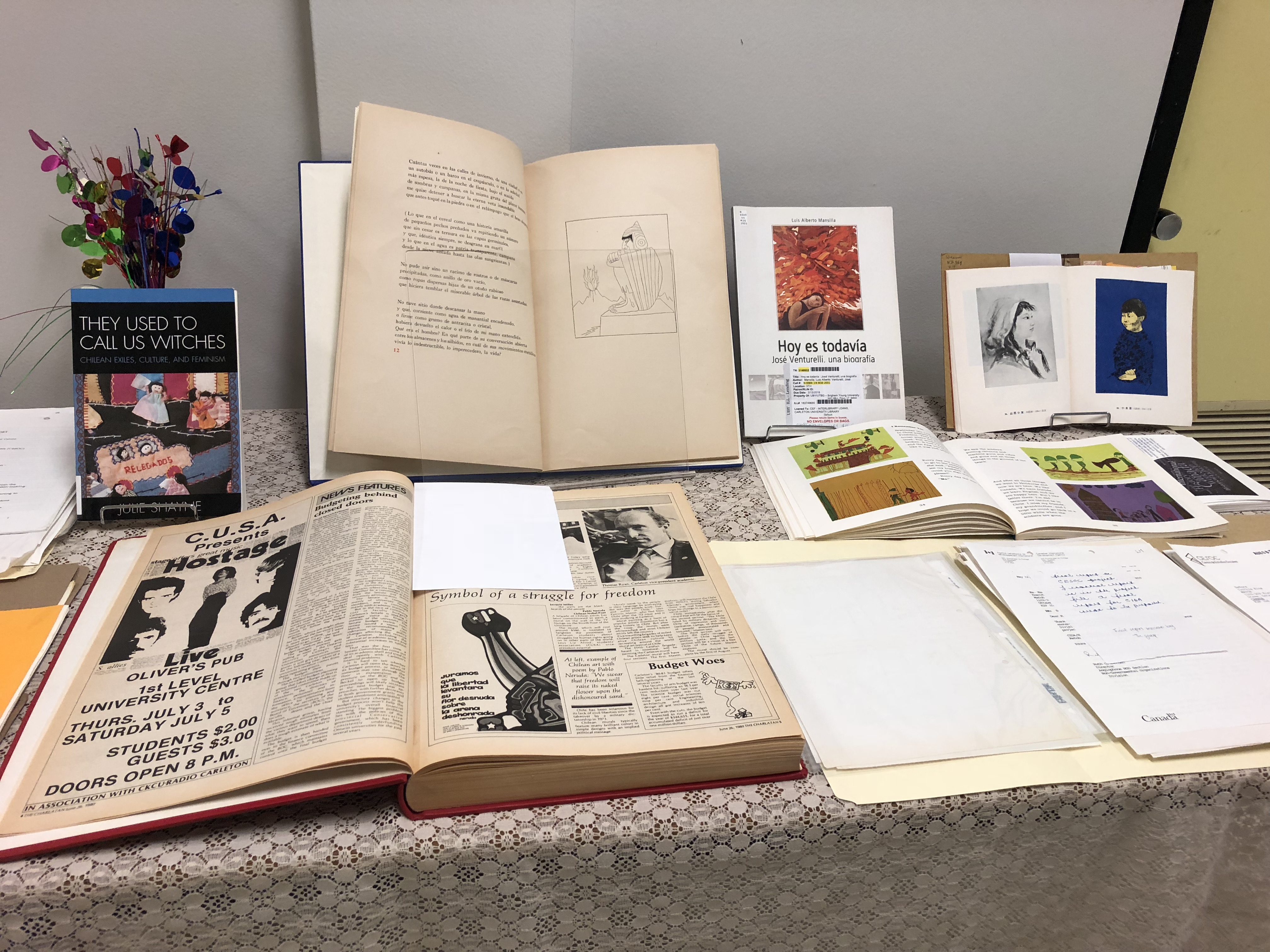 A table display of artifacts on the Chilean diaspora from Carleton University Library Research and Archives Collections.

Carleton will be the first venue because of how welcoming the University was to Chilean refugees at the time and, more generally, to celebrate the solidarity of networks of Canadian scholars and students at the time. It is also because of the mural painted by Chilean students of Carleton in the early 1970s, which is a permanent fixture in the foyer of the Department of History.