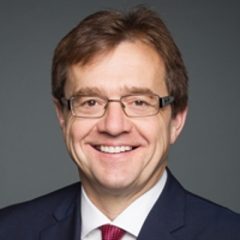 Jonathan Wilkinson spent more than 20 successful years in the private sector having held leadership positions with a number of companies dedicated to the development of green technologies. His time as CEO of both QuestAir Technologies and BioteQ Environmental Technologies, in addition to his time as senior Vice President of Business Development with Nexterra, provided him with extensive experience in the energy and environmental technology sectors. Jonathan had previously worked at Bain and Company, a leading global management consultancy. A Rhodes Scholar, Jonathan made use of his educational background in public policy when he worked as a constitutional negotiator and a federal-provincial relations specialist. He has served on several industry and charitable boards, including the United Way of the Lower Mainland, the B.C. Technology Industry Association, and the Walter and Duncan Gordon Foundation. 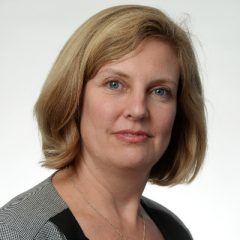 Heather Scoffield leads an award-winning team of 12 journalists focused on politics, public policy and the nation’s capital. Over the course of her 24-year career in journalism, she has covered monetary and fiscal policy, economics, trade policy, social policy, aboriginal affairs, environment and energy, and several different political parties. Before joining CP in 2009, she spent 12 years at the Globe and Mail. She and her team have won several National Newspaper Awards for their work, among other recognitions. Heather has a Master’s degree in journalism from the University of Western Ontario and a BA in international relations from York University. She lives in Gatineau, QC. 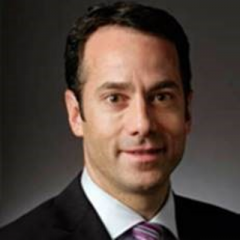 Frank Des Rosiers was appointed Assistant Deputy Minister of Innovation and Energy Technology Sector (IETS) in May 2013. IETS is the primary funder and performer of federal, non-nuclear, energy RD&D in Canada. Prior to his appointment, Frank served as General Director, Tax Policy at Finance Canada and as Assistant Secretary, Priorities and Planning at the Treasury Board Secretariat. A former member of NRCan’s management team, Frank served as Director General, Strategic Policy Branch from 2003 to 2007. Between 1998 and 2003, he worked in Intergovernmental Affairs at the Privy Council Office as Chief of Staff to the Deputy Minister and Director, Economic and Fiscal Analysis. Frank holds a Master’s Degree in Public Administration from Harvard University (Fulbright Scholar). He also holds a B.A. in Economics from Laval University and a M.A. in Economics from the University of Montreal. 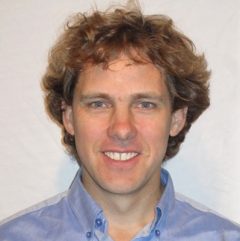 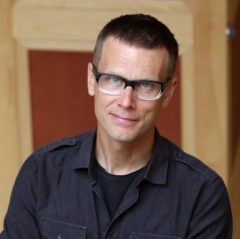 Dave Risk (PhD) is an Associate Professor of Earth Sciences at St. Francis Xavier University (StFX). His interests lie in gas measurement and related data processing techniques – whether for ground, truck, drone, or satellite applications. A large portion of his research is aimed at improving environmental performance in the energy industry, and over the past two years members of his 25-member ‘FluxLab’ research group have made measurements at tens of thousands of wells and facilities across the continent, from the Marcellus to the Montney. Risk is also co-founder of Eosense, a successful instrumentation company based in Dartmouth Nova Scotia. 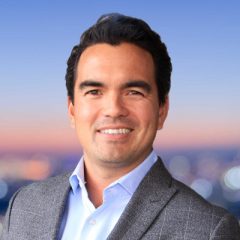 Jackson is the Executive Director of the Methane Emissions Leadership Alliance: an industry organization composed of methane reduction technology and service providers from throughout Canada and the United States. On behalf of the Alliance, he participates as a member of the Methane Reduction Oversight Committee commissioned by the Alberta Energy Regulator. He is also the President of Modern West Advisory, a consulting firm working with corporations, government, and solution providers to build effective climate change mitigation strategies. Jackson previously spent 9 years at ARC Resources building their climate change and sustainability strategies. He graduated from Princeton University with a degree in Environmental Economics. 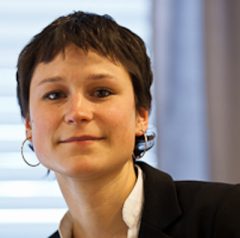 Stephanie Saunier is an expert on emission and mitigation potential for greenhouse gas emissions from the Oil and Gas sector. Over the past few years she has been extensively used as a resource person on these matters by a number of institutions including CCAC, US State Department, AMAP and the IEA. She has also been involved in a number of gas flare reduction projects in Norway, Ukraine, USA, Russia, Kazakhstan and Azerbaijan, and Ecuador. Mrs. Saunier has a Master of Engineering and Management, from Ecole Nationale Superieure des Mines de Paris, and has performed the INSEAD Management Acceleration Program. Before joining Carbon Limits, she has worked for over 4 years for Schlumberger Carbon Services in the field of CO2 storage (CCS), where her role was at the intersection between project management, strategy and technical consulting. She has managed teams of specialized experts on a wide range of projects in Europe, Asia and Africa, particularly on sites selection, characterization and risk assessment. 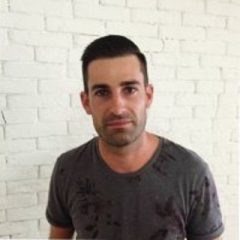 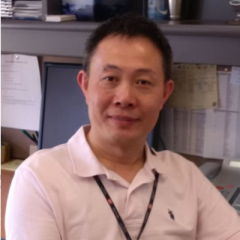 Shao-Meng Li is a Senior Research Scientist at the Air Quality Research Division, Environment and Climate Change Canada (ECCC).  He leads large ECCC research programs and teams on air quality and is engaged in laboratory studies, ground field fixed site and mobile studies, and airborne campaigns with the latest being the upcoming ECCC aircraft measurement program over the oil sands region in spring 2018.  His research focuses on emissions and atmospheric processing of aerosols and trace gases including GHGs.  He has published over 180 peer-reviewed scientific papers in Nature, Science, the Proceedings of the National Academy of Sciences of the USA (PNAS), and other top environmental and earth science journals with a total >6300 citations, as well as over 20 scientific assessment reports and strategic guidelines for the World Meteorological Organization and the Federal Government of Canada.  Dr. Li has served and led on many national and international scientific advisory panels, such as the WMO GAW Program, US EPA STAR Program, NASA ACCDAM and ACMAP Panels, Chinese Academy of Sciences Panels, and the European ACTRIS Program. 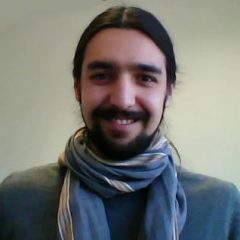 Dr. Zavala-Araiza is an International Scientist in the Texas office of Environmental Defense Fund. His current work focuses on climate and air quality implications of natural gas and oil production. His work  over the last few years focused on understanding the influence of very high emitting sources (i.e., super-emitters) on total emissions. He now works on characterizing methane emissions of the global oil and gas system, coordinating field campaigns in several countries (e.g., Canada, Europe). Dr. Zavala-Araiza obtained a B.S. in chemical engineering from Universidad Iberoamericana, Mexico City, and a Ph.D. from the University of Texas at Austin, where he carried out research on environmental implications of shale gas production. He has additional graduate studies around the social implications of science and technology and works in Environmental Justice projects in Mexico. He has taught courses on sustainability and environmental science. 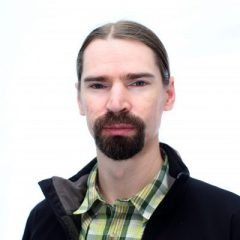 Dave is a Research Associate in the Energy and Emissions Research Laboratory at Carleton University.  Dr. Tyner has worked on a variety of studies related to Upstream Oil and Gas development in Western Canada. Through collaboration with governmental and industry partners, his research has provided key insights into air emissions from hydraulic fracturing operations and has identified economic flaring and venting mitigation opportunities in the Province of Alberta. Additionally, he has worked on projects to quantify liquid storage tank and fugitive emissions through the development of novel laser spectroscopic-based techniques. 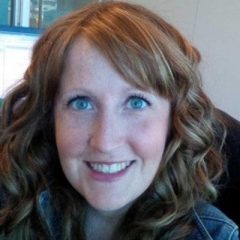 Julie recently joined Progress Energy as a Regulatory Advisor.  Prior to this, she worked for several upstream oil and gas companies supporting their Canadian operations in regulatory and environmental advisor roles.  One of her areas of expertise is emissions compliance and reporting in the Western Canadian provinces, this includes fugitive emissions, benzene inventory, National Pollutant Release Inventory, and greenhouse gas reporting.  Julie is a Professional Biologist, Certified Environmental Practitioner, and has worked in the petroleum industry for 15 years. 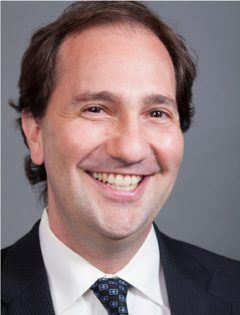 As Director, International Affairs for EDF’s US Climate and Energy Program, Drew is focused on understanding how best to work with governments and companies to cost-effectively reduce global methane emissions from natural gas production, distribution, and use. Prior to joining EDF, Drew worked for the U.S. Department of State on the international climate negotiations. At the State Department, Drew was the lead negotiator on a variety of issues, including deploying clean technologies, reducing emissions from international aviation, and developing international sustainability criteria for biofuels. Drew also worked at the EPA in the Office of Air and Radiation. 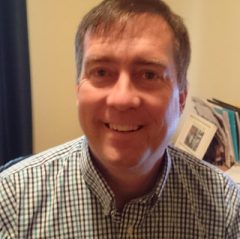 Doug has been the scientific lead of ECCC’s atmospheric greenhouse gas (GHG) program since 1998.  His interests primarily lie in the scientific analysis and interpretation of the spatial and temporal trends of atmospheric GHGs in Canada.  Over the past decade, Environment Canada has been continually building a long-term observation network for GHGs that currently stands at 22 continuous GHG observational ground-based stations.  These stations are spread across the country in coastal, interior and arctic regions, with the aim of providing high quality data to put observational constraints on natural and anthropogenic sources and sinks of GHGs in Canada. Over the years, Doug has developed a particular interest in the quantification of methane and other GHGs from natural gas and other anthropogenic activities, using atmospheric observations. Doug also served as a long-time representative to the World Meteorological Organization’s Scientific Advisory Group for greenhouse gases, a body which ensures the quality and availability of atmospheric measurements worldwide. He has also contributed Canadian data and expertise to several international scientific assessments.