Carleton University’s School for Studies in Art and Culture is pleased to announce that genre-defying multi-instrumentalist Petr Cancura will be the artist-in-residence in Carleton’s music program for the Winter 2021 semester.

As artist-in-residence, Cancura will offer private saxophone lessons to Bachelor of Music students, conduct masterclasses, direct Carleton’s Jazz and Roots ensemble, and offer public concerts. He also will teach a new course titled “The Creative Process for Musicians” that will explore the artistic and logistical challenges of taking a musical concept from idea to presentation.

Born in Czech Republic, Cancura is a graduate of Carleton University’s Bachelor of Music program. After earning a Master of Music degree from the New England Conservatory in Boston, he lived in Brooklyn, New York for ten years, cultivating many professional relationships and establishing himself as a leader in the field of creative music. Now based in Ottawa, Cancura is the current Program Director of the Ottawa Jazz Festival. From 2015-2017, he was the Musical Director of the National Arts Center’s Crossroads Series, reimagining the songs of current Canadian songwriters for an all-star jazz cast. 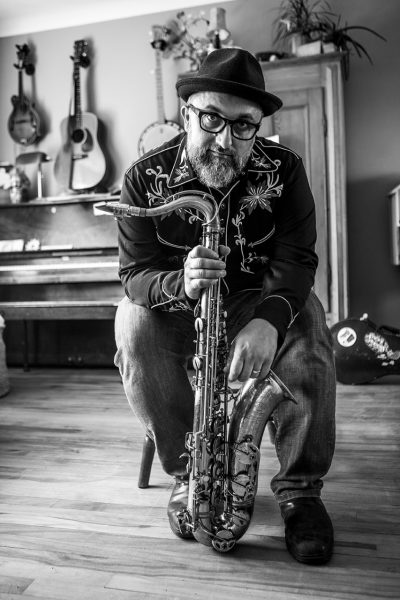 As a saxophonist, mandolinist, composer, and producer, Cancura blends roots music and jazz to create an authentic, fresh, and raw sound. His recording Down Home was nominated for the 2015 Best Instrumental Album JUNO, and was awarded the Independent Music Award for Best Instrumental Album of the Year. Petr’s most recent releases include a roots-inspired quartet recording featuring Kenny Wollesen and Tony Scherr, and a cinema/avant-garde inspired quartet recording featuring Jesse Zubot, Gordon Grdina and Jean Martin. In November 2020, he will launch his third release this year, which features the great guitarist Charlie Hunter and drummer Geoff Clapp. All of these are available on Roots2Boot Recordings, an independent record label run by Cancura.

Cancura strives to bring the best out of students, pushing them to pursue and solidify their own voice. He did a phenomenal job as the 2015-16 artist-in-residence at Carleton University, and we are pleased to be welcoming him back to Carleton for the 2020 Winter semester.