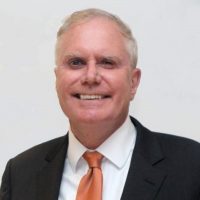 A former Canadian diplomat, Colin Robertson is Vice President and Fellow at the Canadian Global Affairs Institute and hosts its regular Global Exchange podcast. He is an Executive Fellow at the University of Calgary’s School of Public Policy and a Distinguished Senior Fellow at the Norman Paterson School of International Affairs at Carleton University.

A member of the Department of National Defence’s Defence Advisory Board, Robertson is an Honorary Captain (Royal Canadian Navy) assigned to the Strategic Communications Directorate.  Robertson sits on the advisory councils of the Alphen Group, Johnson-Shoyama School of Public Policy, North American Research Partnership, the Sir Winston Churchill Society of Ottawa and the Conference of Defence Associations Institute.

During his foreign service career, he served as first Head of the Advocacy Secretariat and Minister at the Canadian Embassy in Washington, Consul General in Los Angeles, as Consul in Hong Kong, and in New York at the UN and Consulate General. A member of the teams that negotiated the Canada-US FTA and then the NAFTA, he is a member of the Deputy Minister of International Trade’s Trade Advisory Council and the North American Forum.

He writes on foreign affairs for the Globe and Mail and he is a frequent contributor to other media. The Hill Times has named him as one of those that influence Canadian foreign policy.