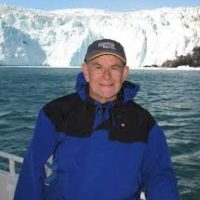 John Higginbotham is a former senior Canadian public servant who works on Arctic economic, geopolitical and governance issues as well as on Canada’s ties with the United States, Greater China and other Asian countries, and on transportation infrastructure issues.

He is currently a Senior Fellow at Carleton University in Ottawa and was, until recently, a Senior Fellow at the Centre for International Governance Innovation in Waterloo, Ontario, where he led CIGI’s Arctic research project for six years. During his time with CIGI, organized a number of Arctic action roundtables and innovative events, and produced a variety of publications which can be found on the CIGI website.

John’s previous work with the Government of Canada, including international diplomatic assignments in China and Washington, spans over thirty-five years.

He was an assistant deputy minister in three federal departments including foreign affairs, where he was responsible for foreign policy planning including reviews, and Transport Canada where he quarterbacked the massive Asia-Pacific Gateway and Corridor Initiative.

He was Minister (Political/Transboundary) at the Canadian Embassy in Washington, DC for six years and Commissioner for Canada in Hong Kong for five years just prior to Hong Kong’s retrocession to China. He had five China related assignments in global affairs and speaks Chinese.

John has a BA from the University of Saskatchewan, a MA in Economics from McGill University and spent a year as a Resident Fellow sponsored by the Government of Canada at the Center for International Affairs at Harvard University.

He was born in Regina, Saskatchewan and lives in Ottawa, Canada.  John will be resident in Chandigarh, India for the next year.