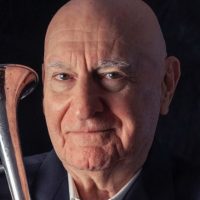 In October-December, 1992 Mr. Lederman served as Canada’s representative on the Organization for Security and Cooperation of Europe’s (OSCE) Monitor Mission in Skopje, in the former Yugoslav Republic of Macedonia .

His last three assignments were Consul General in Cleveland, Ohio during the Free Trade And Acid Rain agreement negotiations (1987/92),Then Chief of Protocol (1993/1997) and finally as Ambassador of Canada to Chile (1997/2000) .

Since retiring from The Foreign Service in 2001, he has been working in the private sector as a consultant and been affiliated with NPSIA for the past 12 years .

Order of Bernardo O’Higgins ,Gran Cruz, presented to Lawrence David Lederman by the Ambassador of Chile in Canada, Roberto Ibarra ,on behalf of the President of Chile, Sébastian Piñera, January, 2014.