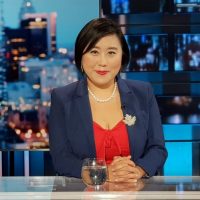 An award-winning scholar, her Ph.D. research at the University of Toronto focused on a century of bilateral relations between Canada and Korea under the broader history of globalization in the 20th century. Her thesis, which adopted cross-disciplinary methodology to study the evolving relationship, has been recognized as one of the most definitive scholarly works on the history of Canadian-Korean relations, based on interviews and archival records from both countries. Since 2010, Dr. Park has taught undergraduate students at the University of Toronto and Ryerson University on Canadian foreign policy, Asian-Canadian history and the history of espionage. She has also served as the country expert for Korea at the Centre for Intercultural Learning at Global Affairs Canada (GAC) and trained high-ranking members of the Canadian Armed Forces and NATO officials on Korean affairs. Dr. Park is currently working on a manuscript on the Korean Peace Process, focusing on prospects for denuclearization on the Korean peninsula.

As one of Canada’s top experts on Korea and the Asia-Pacific region, Dr. Park serves as a voice of authority on Northeast Asia, Canadian foreign policy and NATO in the media. To date, she has conducted some 500 live and pre-taped media interviews for various television, radio and print new media around the world, such as CBC, CPAC, BBC and Al Jazeera. Some of her media interviews can be found here. She is also an active contributor to Canada’s print outlets, such as Globe and Mail, OpenCanada.org, and Maclean’s.

Since 2010, Dr. Park has also served as a Co-Founder & Executive Director of the Canadian Centre for the Responsibility to Protect, based at the University of Toronto. The CCR2P is a non-profit, non-partisan research organization aimed at advancing scholarly engagement and political implementation of the R2P principle. To date, Dr. Park has advised over 30 governments and regional organizations on their policies with regards to R2P and human rights, including the Inter-Parliamentary Union, NATO, the European Union and the InterAction Council, and has addressed the UN General Assembly’s annual dialogue on R2P at the United Nations Headquarters in New York since 2013. She has contributed to the former UN Secretary-General Ban Ki Moon’s annual report on R2P since 2012. She remains as a passionate advocate of human dignity and equality and has travelled to some 90 countries to promote global humanitarianism. Dr. Park is co-author of several book chapters on R2P, including The Role of Business in the Responsibility to Protect (Cambridge University Press, 2016), and R2P and Cyber Space: Sovereignty as Responsibility (Tallinn: NATO CCD COE, 2020) along with numerous articles.

Dr. Park is an enthusiastic champion of gender equality and female representation in federal politics in Canada. She co-founded the U of T Women in House program with the Hon. Carolyn Bennett, the Minister for Crown- Indigenous Relations in 2013. To date, this innovative program has taken some 1,000 bright, young female students from U of T to shadow an MP or a Senator for a day on Parliament Hill in Ottawa.

Having recently returned to Canada after a fellowship appointment at the NATO Defense College in Rome, she serves as the C. E. O. of The Park Group and as a Vice President of the NATO Association of Canada, a fellow at the Bill Graham Centre for Contemporary International History. A former competitive figure skater, she enjoys hiking, sailing and painting in her spare time. Dr. Park speaks six languages and has a decade of experience as a certified translator & simultaneous interpreter, including at G20 summits. She is a proud alumna of Trinity College and Massey College.