A Mother Remembers her Daughter 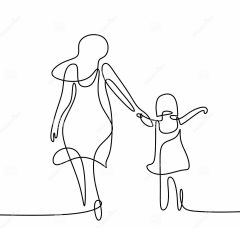 Maria was born January 29, 1918 in a small town just outside of Kiev, Ukraine. Her father was a priest and this afforded Maria something rare for girls of her generation: an education. Maria excelled at school, but the Second World War interrupted her studies, and she was forced to work in a German Labour camp as a translator.

Unable to return home after the war, she made her way through Europe, and ultimately emigrated to Canada with her husband Walter.  They settled in Ottawa and had one daughter, Krystyna.  Maria was always grateful for the kindness showed to her by Canadian soldiers after the war, and for the opportunities that Canada provided to her and her family for a peaceful and prosperous life. This scholarship was established in honour of her daughter Krystyna, who tragically died before her mother in 2012.