The Faculty of Public Affairs recognized outstanding members of its community at the annual Spring Social. Awards were given for Research Excellence, Staff Excellence, Public Commentary Excellence, Teaching Excellence (faculty and contract instructor), the Teaching Fellowship, and the FPA Research Excellence Chair at the Full Professor level.  The Department of Political Science is pleased to announce three of our faculty took home awards from this event.

“This is a chance for the Faculty to express our gratitude for your hard work throughout the academic year,” said Mary Francoli, Associate Dean and Director of Arthur Kroeger College. “There were many strong nominations for these awards and it was difficult to decide, which reflects the caliber of our faculty and staff.” 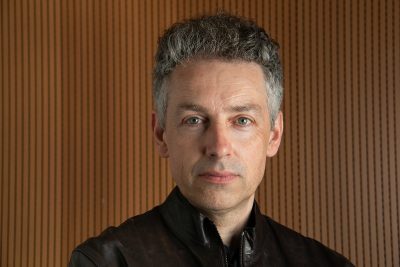 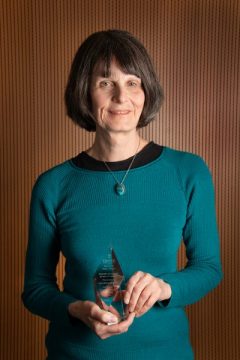 This award is given to a faculty member who demonstrates excellence in teaching and a commitment to the co-curricular student experience.

“Joan was selected from among a large group of excellent candidates,” said Professor David Mendeloff. “The committee praised Joan’s long-established record of teaching innovation and student engagement, particularly her vast number of supervisions.”

Joan Debardeleben is also a Chancellor’s Professor and the Jean Monnet Chair in Politics and Society in Russia and the European Union.

This award recognizes a significant contribution by a faculty member over a two-year period ending in the nomination year in sharing expertise and research with the media or community, enhancing public understanding of the issues of the day, and stimulating dialogue and discourse among the public at large.

Mira Sucharov is a specialist in the Israel/Palestine region, a frequent blogger for Haaretz.com and other outlets, and shares ideas on Twitter as @sucharov. She recently co-wrote the book, Public Influence: A Guide to Op-Ed Writing and Social Media Engagement.