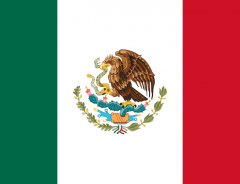 Summary – Carleton’s professors Laura Macdonald and Jill Wigle and PhD student Sergio Michel Chavez study neighborhood antipoverty programs and its implications on social inclusion/exclusion, rights, safety and surveillance. For the last four summers the group has been conducting fieldwork in marginalized neighborhoods in Mexico City. They are part of an interdisciplinary team of five researchers that includes professors Lucy Luccisano from Wilfrid Laurier and Paula Maurutto from University of Toronto. Their SSHRC-funded project, ‘Safe Cities, Urban Politics and Social Policy in North America’, compares antipoverty programs in Mexico City, Toronto and New York.

Between 2016 and 2019 the team has conducted over 70 semi-structured interviews with community leaders and residents, city officials, politicians, academics and other key informants such as social movement leaders and journalists in Mexico City. They have also visited 15 neighborhood improvement projects funded through the “Programa de Mejoramiento Barrial y Comunitario” (PMByC), whose objective is to rescue and improve public spaces and social infrastructure of poor neighbourhoods through a participatory, inclusive process.

In July 2019 the research group presented their findings to community leaders and beneficiaries of the programs in one of the PMByC-funded community centers that they visited during their Mexico City fieldwork. This forum allowed them to communicate their conclusions and to engage in a constructive dialogue with social organizations and communities that benefit from the program.  The research team also met with the city’s minister of Social Development, to whom they delivered a list of 14 recommendations to improve the design, implementation and evaluation of PMByC.