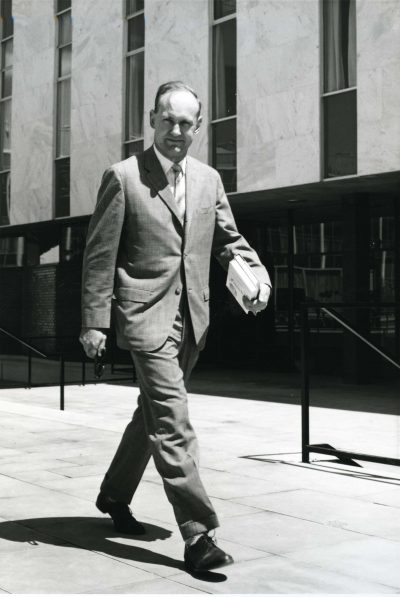 Professor Anglin received his DPhil from Oxford in 1956. Following his doctorate at Oxford University he had a distinguished career as a professor of political science at Carleton University. He taught comparative and African politics at Carleton University from 1958 until his retirement in 1989. Professor Anglin was Chair of the Department of Political Science from 1965-1966 and served as the first Vice-Chancellor of the University of Zambia from 1965 to 1969.

He maintained close ties with Zambian friends and colleagues throughout his lifetime.

After retirement, he dedicated himself to voter education and election monitoring, including the first democratic election in South Africa.

“Doug will be remembered for his wisdom, his humility, his generosity, and his personal interest in everyone he met. His deep abiding faith underpinned a life dedicated to human rights, racial justice, and equal educational opportunities for all.”