Congratulations to Azadeh Momeni on her recent successful PhD defence

Congratulations to Azadeh Momeni who recently completed her PhD in Political Science. Her thesis topic was “The Role of Khatami’s Belief System in Changing Iranian Foreign Policy from 1997 to 2005”. 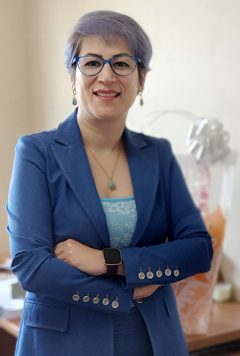 “I moved to Canada in 2010 and I started my PhD journey in 2013 at Carleton University. It was a great opportunity to be a member of the Department of Political Science where I met with wonderful, lovely, and kind people.

My dissertation examined the role of the belief system in the foreign policy decision-making process. In the sense that if a leader understands a world as a conflictual environment then s/he would most probably adopt an aggressive approach in foreign policy; while if the international system is understood as a relatively harmonious, we would witness a more cooperative approach on the foreign policy front. As a case study, I studied Iranian foreign policy from 1997 to 2005 when Iran has the most peaceful relations with the international community, mostly because Khatami believed in Dialogue and cooperation. His initiative as “Dialogue Among Civilizations” was very welcomed by the international community as the United Nations announced 2001 as The Year of Dialogue Among Civilizations.”