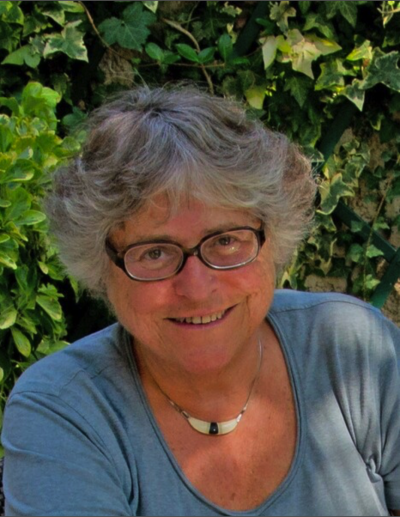 Lynn K. Mytelka, a pioneering scholar in international development, a longtime professor at universities in Canada and Europe, senior administrator of United Nations organizations, and frequent collaborator with scores of colleagues worldwide, died on February 17 in Paris. She was 78.

Her partner, Blanka Vavákova, said she had died of complications stemming from Alzheimer’s disease. She was buried on February 22 in the Pantin Cemetery, also in Paris.

In a gathering a day earlier of her family and friends, held by Zoom on account of the pandemic, some 40 people spoke of Mytelka as “interested in everyone and everything.” One relative said that “she made you feel like you were the only person in the world.”

Others described not only her curiosity about the world but her adventurous spirit in exploring it. In the late 1960s, while conducting research for her dissertation, she was arrested for trying to enter the Central African Republic without a visa. On a trip to Jerusalem before the Six-Day War gave Israel control of the West Bank, she crossed into the Old City, then Jordanian territory, disguised as a Christian pilgrim. And a few years later, she entered China before it was open to Westerners. One of her nephews recalled his amazement, as a 10-year-old, that her passport needed dozens of extra pages to carry all the stamps that reflected her many journeys.

Jeanne K. Laux, a political scientist and Mytelka’s friend and colleague for 56 years, said at the Zoom memorial event that her generosity and extraordinary network of friends across the globe had led a sociologist colleague to observe that “if Lynn Mytelka meets three more people, then there will be peace on earth.”

Lynn Krieger Mytelka was born on November 6, 1942, in Jersey City, N.J., the middle child of Herman D. and Jeannette K. Mytelka, both teachers in the city’s public schools. As a girl, she attended a yeshiva, a Jewish school mixing religious and secular instruction, before moving to the public-school system.

Mytelka graduated with honours from Douglass College, then the women’s college of Rutgers University, in 1964. She then moved to Washington, D.C., to enroll in the Johns Hopkins University’s School of Advanced International Studies. The university awarded her a master’s degree in 1966 and a Ph.D. in 1971, both with distinction. Her focus was on African studies in international relations. Toward the end of her graduate study, she served a five-month stint as a research associate at Harvard University.

With her diploma in hand, Mytelka left the country for a faculty position at Carleton University, in Ottawa, Canada. She never lived permanently in the United States again, although she returned frequently to take part in family events. She earned tenure at Carleton in 1975, rang up a series of awards there for teaching and research, and held a simultaneous appointment at the University of Ottawa. At her death, she was a distinguished research professor at Carleton.

While she was building her academic career in Ottawa, Mytelka was also conducting research and teaching, as a visiting scholar, at universities in Britain, France, Germany, Japan, South Korea, and the United States. For more than 20 years she held research posts, including director of research, at the University of Paris X (Nanterre). She also handled a long series of consulting assignments from national and international organizations devoted to a central concern of her research: how to foster economic progress in the countries of the developing world, in Africa, Asia, and South America.

That consulting work, involving projects of a few months to a few years, typically required Mytelka to visit another country to collect and analyze data, or perhaps to assess a development initiative, then to write up a report, sometimes in both French and English. Languages always seemed to come easily to her, and during one job interview, she was asked questions that were alternately phrased in French and Spanish. She also knew Hebrew and Portuguese.

By the 1980s, Mytelka was dividing her time between Ottawa and Paris, in part because of the University of Paris post and in part because she had met Vavákova, a Czech émigré and sociologist, who lived there. Paradoxically, they had met not in Paris but in Ottawa, where Vavákova was visiting mutual friends. By the 1990s, Mytelka was nearly a full-time resident of Paris. Nevertheless, she retained her Canadian (and American) citizenship.

Her own research as well as the consulting work touched on a range of economic issues that face developing countries. How can they prosper despite the disadvantages that may stifle their growth? Is it better to do economic development country by country or to push for progress through regional integration? Do transnational companies have a role to play beyond one of exploitation? Can the experiences of countries like South Korea, which became an export titan just a few decades after it was devastated by war, be replicated in the developing world? Is the ability to innovate part of the answer?

Sometimes her work covered the sprawling issues of a nation’s entire economy. Other times she focused on the issues facing a particular industry. Manufacturing textiles have long been a natural way for countries, poor in resources but rich in unskilled labour, to foster economic development. But was that still a sound path to follow? Mytelka’s research, in both developed and developing countries, led her to also look at other industries, among them telecommunications, machine tools, biotechnology, petrochemicals, and, on one memorable occasion, wine. Her later research focused on innovation networks and on the use of alternative means for powering vehicles, in particular the hydrogen fuel cell, and other green technologies.

Mytelka’s voluminous research was marked as much by its collaborative nature as by its range. Co-authors’ and co-editors’ names appear with astonishing regularity on her list of publications, which include 11 books, 15 major reports, and more than 80 articles and book chapters. It says something about her and her role in the field that her work brought together so much talent. And as a faculty member for some 40 years, she was a key figure in the lives of many students, in particular the young women for whom she served as a role model.

One of her most notable books, Regional Development in a Global Economy: The Multinational Corporation, Technology, and Andean Integration, was published by Yale University Press in 1979. She also served on the editorial boards of seven scholarly journals.

Multinational organizations, like higher education, seek out top researchers to fill administrative posts, and Mytelka was no exception. In the late 1990s, she moved to Geneva to become director of one of the four divisions of the United Nations Conference on Trade and Development. In that role, she supervised a staff of 80 that, among other things, conducted and published research, and provided advisory services to delegates from member countries of the United Nations. In 2000 she moved to Maastricht, in the Netherlands, to become director of the U.N. University’s Institute for New Technologies, where she taught, managed a staff of 25, and supervised 20 Ph.D. students, among other duties.

In 2005 she became a professorial fellow with the U.N. University’s Economic and Social Research and Training Center, a move that enabled her and Vavákova to divide their time between Paris and Eygalières, a small town in southern France where they had a summer home. By 2012, Mytelka spoke of concerns about her cognitive decline, and within a few years, she was unable to continue her career because of it. She spent her remaining years in Vavákova’s care, loving as she was herself loved.

Lynn Mytelka’s other survivors include her older brother, Arnold, and younger sister, Diane, both of Chatham, N.J.; Arnold’s wife, Rosalind; her two nephews, Andrew of Bethesda, Md., and Daniel of Carmel, Ind.; their wives; and three great-nieces and a great-nephew.
Published on March 20, 2021