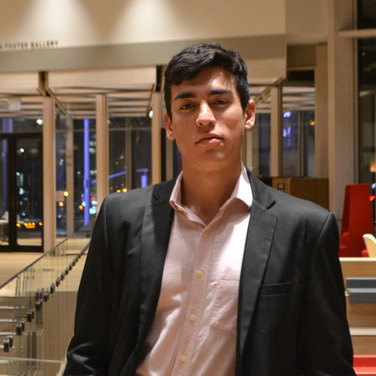 Congratulations to Luiz Leomil, shortlisted for the Canadian Association for Refugee and Forced Migration Studies (CARFMS / ACERMF) 2021 essay contest. The essay contest is held each year to recognize the most outstanding scholarship produced by students in Canada, in the field of refugee and forced migration studies.

Luiz’s paper is entitled “Displaced Venezuelans and the Politics of Asylum: The case of Brazil’s Group Recognition Policy.”

“This paper, which is based on my Masters Research Project, examines the drivers behind Brazil’s legal response to displaced Venezuelans. I am very thankful to my supervisor, Professor James Milner, for all his encouragement and support since I joined the MA program.

Because of Venezuela’s economic and political crisis, its nationals are now the second largest displaced population in the world (5.6 million), only after Syrians. Most of them (4.6 million) are hosted in neighbouring Latin American countries. While Latin America is often referred to as a successful case in refugee protection, in most cases, displaced Venezuelans have been met with restrictive responses and provided with precarious (if any) statuses.

Nevertheless, the case of Brazil, which hosts approximately 260,000 Venezuelans, stands out. Despite its ultra-conservative leadership, the country has been granting asylum to Venezuelans through group-based procedures (something unprecedented in the region) and providing them with the same social rights as Brazilian nationals. As it is explored in my essay, beyond humanitarian considerations, Brazil’s response has been mostly influenced by the country’s foreign policy objectives, domestic politics, bureaucratic processes, and the role of key individuals within its asylum system.

Although this research analyses the specific context of Brazil, it ultimately aims to serve as a stepping stone for further studies on refugee protection in Latin America, including my own. During my PhD, I will work to make this a larger study, also encompassing countries that are hosting far more displaced Venezuelans than Brazil. This includes Colombia and Peru, which host over half of all displaced Venezuelans in the region and where important developments have occurred. By doing so, my aim is to promote a more nuanced understanding of the politics of asylum in Latin America and also advance the literature by making it more representative of the political realities in the region.”