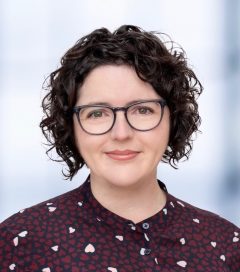 Erin Tolley is the Canada Research Chair (CRC) in Gender, Race, and Inclusive Politics. Tolley’s research is generating new knowledge on the representation of race and gender in Canadian politics. This includes working collaboratively to develop new ways to track diversity among electoral candidates, an analysis of political parties’ positioning on immigration and multiculturalism, and examining institutional structures that support or suppress representation.

“Elected bodies have been designed largely by and for the most powerful members of society,” said Tolley. “At the time of their creation, the most powerful members of society were generally propertied white men. Although some changes have been made, these have been made at the margins. There have not been large changes to remake these institutions. People want to look at some of the success stories, and believe there has been significant progress, but the archetypal elected official remains a white, able-bodied, middle-aged, heterosexual, white man.” Tolley will develop research-driven responses to political inequality. In addition to these research outputs, she is helping to create infrastructure to identify and support a new and more diverse generation of social scientists.