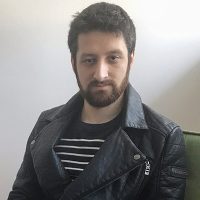 Ali developed an interest in ancient political thought during his undergraduate years. At University of Regina he further pursued his passion by focusing on Aristotle and his thoughts on citizenship in The Politics. At Boston College he was introduced to Alfarabi and his synthesis of Aristotle’s and Plato’s philosophy. Furthermore, Alfarabi’s ability to make pagan philosophers not only palatable but also authoritative in a monotheistic environment captivated Ali. Deciphering Alfarabi’s own thoughts through his commentary on the Ancients became Ali’s project throughout his time at Boston College.

Ali is currently interested in understanding what constitutes Political speech by drawing from philosophers of the past.