Partner and Project Director at the MPH Agency 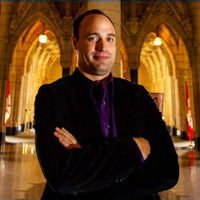 Partner and Project Director at the MPH Agency

Chris Rougier is Partner and Project Director at the MPH Agency, a full-service boutique marketing firm. He has worked on political campaigns in every province in Canada and in numerous countries — a total of 42 elections over the past 13 years. In 2017, he managed the Conservative leadership campaign of Kevin O’Leary. 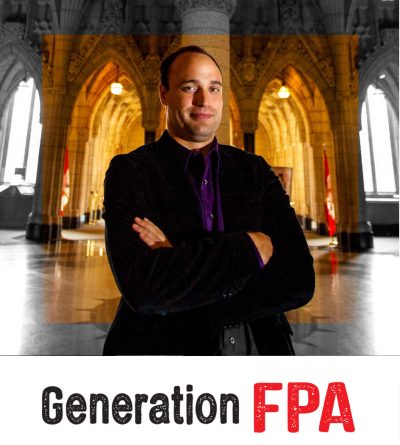 When did you decide to pursue a career in politics?

At first, I planned to study computer science in university. In grade 10 or 11, however, I had a phenomenal history teacher who nurtured my passion for history and politics.

Much to my parents’ concern, I decided that’s what I wanted to do. Carleton was the obvious choice because of the many connections between the university and the federal government. Plus, it was a short bus ride to Parliament Hill.

How did you break into the field?

I always tell students that politics is a volunteer-based process, so the reality is I just showed up and I refused to leave. Sooner or later, they started paying me.

My first volunteer position was for MP Barry Devolin, as part of the Rideau River Residence Association (RRRA) on campus. That gave me a taste for the Hill and what was going on there.

When I joined the Carleton Conservative Campus Club, I began volunteering more and more. By second year, I was working full-time in politics.

What role did your studies play in the development of your career?

I ended up pursuing a minor in History as well as a concentration in Canadian Politics. I quickly realized that the political discussion — even in the dark shady corners of politics — always had an academic underpinning. They would mention Locke, Hobbes and Plato, and if I hadn’t studied them, I would have been way out of my depth.

Can you think of any moments in your education you felt were unique to Carleton and the Faculty of Public Affairs?

In my fourth year seminar with Professor Jonathan Malloy, everyone was involved with politics: there were Liberal and Conservative staffers, lobbyists, and activists. He was very good at managing a room full of students who swore they knew everything and linking their debates back to historical political thought.

I also learned how to summarize 500 pages into a three-page summary. That’s proven to be an extremely important skill.

Probably your best-known position was as the campaign manager for businessman and television personality Kevin O’Leary. What was that experience like?

He is a very interesting man and a very determined man. Working on a campaign for a man like Kevin, who understands what sells and what resonates with audiences, we were able to push the boundaries on what had been done in Canadian politics. It also allowed us to be innovative in our approach in both the traditional methods and digital sphere.

Now that you’ve been doing this awhile, do you ever feel cynical about the political process?

You have to be naïve to get involved with politics, but the reality is that working with a political organization — any of them — is a service to your community and to your country: you are trying to make this place better in some way. All of us want to see our country better tomorrow; the debate is about how we do that.

Any advice for up-and-coming politicos?

Every political science student should be volunteering in politics and knocking on doors. We need more people. There is a saying in politics that says, “Effort is admirable. Achievement is valuable.” Get involved, make a difference.