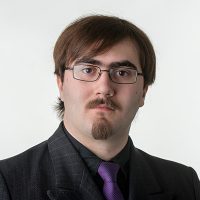 Corin Tentchoff is a PhD student in political science at Carleton University, specializing in international relations and comparative politics. His primary research interest is in state-conducted partisan electoral interventions, efforts by states to interfere in foreign elections to favour a particular side. Corin focuses especially on understandings, reactions, and responses to such interventions. His MA project, “Frames of the Intervention in the 2016 US Presidential Election: Aiming the Backlash?”, explored the complexities of American media framing of said Russian intervention using both qualitative and quantitative methods, identifying multiple common frames and testing their effects on public opinion.