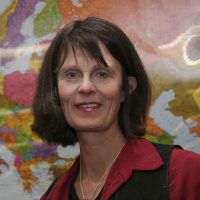 Joan DeBardeleben is Chancellor’s Professor in the Department of Political Science and the Institute of European, Russian, and Eurasian Studies (EURUS) at Carleton University, where she also holds Jean Monnet Chair in the EU’s Eastern Neighbourhood Relations. She is Co-Director of the Centre for European Studies at Carleton and  Coordinator of the Jean Monnet Network in EU-Canada Relations, funded by the Erasmus Plus program of the European Union (2017-2020).  She currently holds an Insight Grant from the Social Sciences and Humanities Research Council of Canada (2016-2022) on “The EU and the Ukraine Crisis: Causes and Consequences”. She received her PhD from the University of Wisconsin-Madison in 1979 and taught at Colorado State University and at McGill University prior to coming to Carleton University in 1991. She is the author of numerous books and articles dealing with Russian politics, including attention to public opinion, labour relations and privatization, environmental politics, federalism, and elections. Her recent research work deals with EU-Russian relations and the EU’s policy toward its eastern neighbours. DeBardeleben is a member of the governing board of the European Community Studies Association-Canada (ECSA-C) and a former president of that organization as well as of the Canadian Association of Slavists. She is also lead editor of the Canadian Journal of European and Russian Studies (formerly Review of European and Russian Affairs).  She has been a Visiting Researcher at the Mannheim Center for European Social Research (Mannheim, Germany) and at the Stiftung Wissenschaft und Politik in Berlin.

Joan DeBardeleben (2017), “The Enlargement Template and the EU’s Relations with Russia,” in European Enlargement Across Rounds and Beyond Borders, edited by H. A. Ikonomou, A. Andrey, and R. Byberg (London and New York: Routledge), pp. 166-193.

Joan DeBardeleben (2015),  “Backdrop to the Ukraine Crisis: The Revival of Normative Politics in Russia’s Relations with the EU?” in Power, Politics and Confrontation in Eurasia: Foreign Policy in a Contested Area, eds. Matthew Sussex and Roger E. Kanet (Palgrave Macmillan), pp. 161-85.