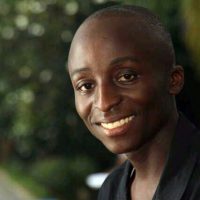 Deo Mwapinga is a PhD student in Political Science at Carleton University under the supervision of Dr. James Milner. He is also a research assistant, and Tanzania Local Engagement Refugee Research Network (LERRN) contributor. In 2014, he was part of the team of officials from the Government of Tanzania that issued citizenship certificates to the former Burundian Refugees in the Old Settlements of Katumba, Mishamo, and Ulyankulu in Tanzania. This remarkable exercise led to his interest in further studying the impact of their new citizenship status they have in daily life. At the heart of his research project is the question of the relationship between their new legal status vis-à-vis membership in the political community and significantly, the perception of in(security) resulting from the out-groups.

According to Deo: “Working with LERRN presents me with an avenue to contribute new challenges and perspectives to refugee’s problems in the world that are surging. As a young researcher from the Global South, getting an opportunity to work with LERRN is a strong testament of its appeal to engage more researchers based in the global South to lead the refugees’ research agenda.”