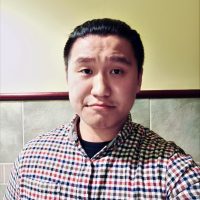 Ethan Gao is a student of political philosophy. His doctoral dissertation examines Plato’s display of rhetoric in the Phaedrus and the Symposium, supervised by Dr. Geoffrey Kellow. He received his BA and MA in political science from the University of Toronto.

His current research focus is Plato’s understanding and use of rhetoric. Aside from Plato’s works, he is also interested in the writings of the Greek historians, Aristotle, Leibniz, and Leo Strauss. In the grand scheme of things, he wishes to examine the reception of Plato’s dialectic, how it was interpreted and refurbished by several influential thinkers in their own writings about morality and politics.

In his spare time, Ethan enjoys pottery and gardening.