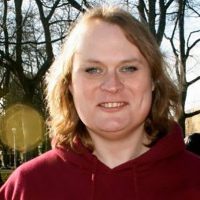 Gabrielle Sutherland is doctoral candidate specializing in Public Policy Analysis and International Relations. She received Bachelor of Arts degree from the University of Victoria after completing a double major in Anthropology (specializing in archaeology and physical anthropology) and Pacific and Asian Studies, and a Master of Arts in Pacific Studies also at the University of Victoria, which focused on an analysis of a pre-modern indigenous world-system in West Polynesia. Her research interest is in world-systems theory and political economy including applications of world-systems theory to tributary and kin-based societies, and an application of world-systems theory to ancient societies. As such her work takes on a multi-disciplinary approach using historical-sociology, historiography, and anthropology.

Her current dissertation research is supervised by Dr. Randall Germain, and is entitled, “Pathways from the Semi-Periphery: The Cases of Japan (1853-1905) and Tonga (1770-1874) in the Modern World System”, and is focused on building a model of semi-peripheral development and transformation that takes into account the role of ideas on policy making and on interest-formation, and the role of agency in societal change. Her two cases are Japan and Tonga in the 19th Century, and the research will examine how these two societies were incorporated into the modern, capitalist, world-system as independent societies as opposed to colonial possessions.

Gabrielle’s influences are world-systems theorists, including Immanuel Wallerstein, Andre Gunder Frank, and Christopher Chase-Dunn, and other scholars such as Giovanni Arrighi, and Fernand Braudel and the Annales school.