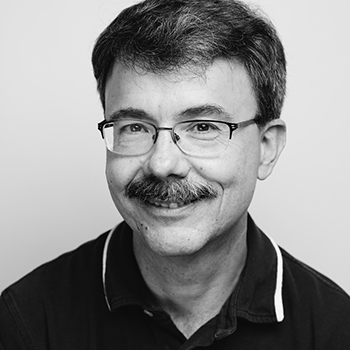 James A. (Jay) McCann is a Professor of Political Science at Purdue University in West Lafayette, Indiana USA.  Originally from the Chicago area, he earned a BA at Illinois State University with the support of an Illinois General Assembly Scholarship.  He did his doctoral studies at the University of Colorado-Boulder and had a two-year “pre-doc” appointment at the Government Data Center at Harvard University before joining the faculty at Purdue.

McCann conducts research and teaches courses on public opinion, campaigns, and representation in the United States and abroad, particularly Mexico. Much of his current work focuses on the political incorporation of immigrants in the US and Canada.  He has coauthored three books and published articles in many academic journals, including the American Political Science Review, the Journal of Politics, the British Journal of Politics, and the Latin American Research Review.  With Michael Jones-Correa, McCann is a principal investigator of the 2012 and 2016-17 Latino Immigrant National Election Studies (LINES).  His research has been supported by the US National Science Foundation, the Russell Sage Foundation, and the Carnegie Corporation of New York.  He has held Visiting Scholar appointments at the Russell Sage Foundation, the Brookings Institution, and the Catholic University of America.  In 2000, McCann was an official observer of the Mexican presidential election with the National Democratic Institute. Within his local community in Indiana, he has served for several years on the board of Greater Lafayette Immigrant Allies, and since 2008, he has volunteered as a Court Appointed Special Advocate (CASA).

James A. McCann and Michael Jones-Correa. 2021. “Political Incorporation, Interrupted? The Effects of Loss and Distress Following the 2016 US Elections on the Civic Attitudes and Involvement of Latino Immigrants,” Political Behavior.

James A. McCann and Chappell Lawson. 2003. “An Electorate Adrift? Public Opinion and the Quality of Democracy in Mexico,” Latin American Research Review 38:3, 60-81.