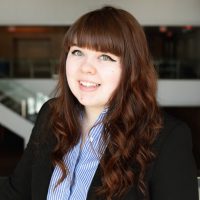 Julia works on Parliament Hill, serving as the Executive Assistant to a senior member of Canada’s Official Opposition, MP Michelle Rempel Garner. Originally from the small town of Mahone Bay, Nova Scotia, she moved to Ottawa in 2014 to study at Carleton University. Julia graduated with High Distinction in 2018, completing a B.A. Honours degree in Political Science with a concentration in Canadian Politics and a minor in History.

Julia completed the Conservative Party of Canada’s internship in the office of former Interim Leader, the Hon. Rona Ambrose, in 2016. Julia was also heavily involved on campus and worked in politics while completing her degree. She served as an executive member on a number of campus clubs and also completed two terms as a Faculty of Public Affairs Councillor on Carleton University Students’ Association (CUSA). In her free time, Julia volunteers on political campaigns, including on local campaigns in Nova Scotia, aiding candidates in Ottawa during the recent Ontario provincial election, and working on the 2019 federal election campaign in Calgary.

Why did you choose to study Political Science at Carleton?

I chose to study at Carleton because I saw it as the best option for someone interested in getting involved in Canadian politics. The capital advantage really played a key role in my decision to study Political Science here – and I am so glad I did it! As I was finishing my high school education back home in Nova Scotia, I knew that I had a passion for Canadian politics. To me, it made the most sense to me to study politics at Carleton so that I could really take advantage of all that Ottawa has to offer as the nation’s capital.

What’s unique or special about studying politics in Ottawa? At Carleton?

The unique thing about studying politics in Ottawa at Carleton is all the hands-on opportunities you have access to given that the university is in the nation’s capital. Being so close to Parliament and to the center of decision-making in our country opens a world of opportunities for internships and volunteer positions. At Carleton, there’s plenty of campus clubs focused on public policy and Canadian politics. There are organizations, like the Rideau River Residence Association (RRRA), that help facilitate volunteer placements on Parliament Hill. Given Carleton’s proximity to the federal government, many classes might even have MPs speak to students during lessons or visit Question Period live. It’s these things that you can only find in the nation’s capital that make studying politics here so unique.

What is one memorable moment or experience from your time at Carleton?

I think some of my best memories at Carleton happened in my extracurriculars on campus, especially because the capital advantage of studying here means you get some very unique opportunities. I was involved in numerous campus clubs and societies, including serving on the executive of the Carleton Campus Conservatives. What was great about being a campus club member at Carleton was that, because of our proximity to the Hill, we could host Members of Parliament on campus and hear directly from them about what was going on in the House of Commons. I remember being a part of the club’s executive during the 2017 Conservative Party Leadership race and having the opportunity to welcome many of the leadership candidates to our campus to speak with our group. That was exciting, and it just goes to show how studying in Ottawa has some great advantages!

Can you tell us about your current position? How do your Political Science studies help you in this job?

I currently work on Parliament Hill as the Operations Manager to Conservative MP Michelle Rempel Garner. I have worked on Parliament Hill for over 4 years now, including working part-time during my studies at Carleton. Studying Political Science at Carleton helped to strengthen my understanding of Canada’s parliamentary system and how it functions. My classes offered a lot of unique, hands-on opportunities to learn about Canadian politics and many of my professors had a lot of experience in this realm. I also think that my studies helped me with my critical thinking skills and writing abilities, which I use daily in my career.

What career advice would you give to students thinking about a degree in Political Science?

My biggest piece of advice if you’re studying Political Science at Carleton is to take advantage of living in the capital and consider volunteering or participating in internship opportunities in Canadian politics. Carleton students are so lucky to be in such close proximity to Canada’s Parliament and to have an abundance of opportunities to get involved in politics. Don’t let these opportunities pass you by! Even if it means getting out of your comfort zone and trying something new, whether it is by volunteering for a Member of Parliament, a think-tank, or any other opportunity – take advantage of it! Getting hands-on experience in the field you’re studying in really makes a difference on your CV and can teach you about what kind of careers you might be interested in for the future.