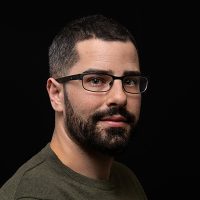 His research looks at the politics of memory and the use of narrative in the American gun debate. His doctoral research project, supervised by Mira Sucharov, employs ethnographic methods to study community building and the mobilization of narratives about America’s past by the gun-rights movement.

Noah received his BA at Carleton in Global Politics, before moving overseas to complete his MSc in Defence, Development and Diplomacy at Durham University. After working with the Privy Council Office and Global Affairs Canada, he returned to study at Carleton in the fall of 2016 to begin his PhD.