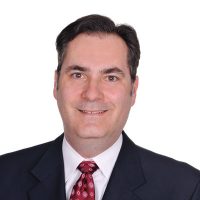 Stephen Azzi is one of the original core faculty members of the Clayton H. Riddell Graduate Program in Political Management. Previously, he worked as aide to four members of Parliament. In the Department of National Defence, he served as speechwriter for the minister, as policy analyst on Canada’s international policy review, and as intelligence officer responsible for analyzing Islamist terrorism in Asia. From 2005 to 2011, he was associate professor at Laurentian University, where he taught US history and foreign policy. At Carleton, he has taught in the Political Management program, the Norman Paterson School of International Affairs, the School of Canadian Studies, the Department of History, and the Department of Political Science.

View bio at the Riddell Graduate Program in Political Management.