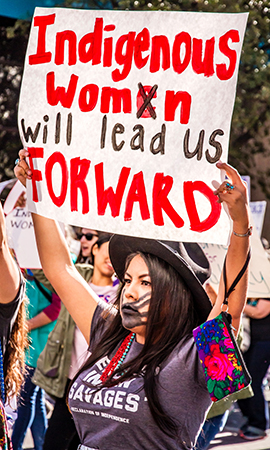 The study of Gender and Diversity considers the role of gender in politics; the intersectionality of gender and other identities, such as race, ethnicity, and sexual orientation; political representation and gendered political behaviour; and the dynamic relationship between identity and perceived difference in political life. As a field that has been profoundly influenced by feminist scholarship, Gender and Diversity includes an ongoing conversation about which research methods are appropriate for the study of actors located at various locations of political hierarchies – and indeed raising critical questions about those hierarchies.

In their second year of the program, students in this concentration earn 0.5 credit in:

PSCI 2500 [0.5 credit]: Gender and Politics
Introduction to gender and politics of diversity, including how feminist activism and organizing finds expression in the political process and structures of representation such as political parties, legislatures and the state.

In their third and fourth year of their program, students take 1.5 credits in Gender and Politics core courses, such as:

And an additional 1.5 credits in Gender and Politics core and related courses, such as:

For the full list of course options in Gender and Politics, and the specific degree requirements for your program, consult the Undergraduate Calendar. Please note that not all courses in this list are offered each year.