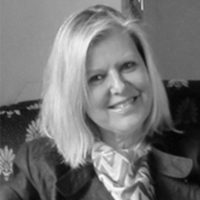 Daiva Stasiulis was born in Toronto and educated at the University of California at San Diego (Hon.BA and MA) and University of Toronto (PhD). She has published extensively on citizenship, race and migration, feminism and diversity. In connection with her research on foreign domestic workers, she has worked with domestic worker associations and served as the Chair of the United Nations Expert Group Meeting on Violence Against Migrant Workers. In 2007, with co-author Abigail Bakan, she was awarded the 2007 Canadian Women’s Studies Association annual book prize for Negotiating Citizenship: Migrant Women in Canada and the Global System (University of Toronto, 2005).

Professor Stasiulis’s most recent SSHRC-funded research project is on “Emotional Cartographies of Dual Citizenship: The Lebanese Diaspora and the 2006 War.” This research sheds light on the phenomenon and lived experience of plural citizenship among those who hold one citizenship in a country that vacillates between peace and war and another in a “secure, safe” country in the global North. It is based on multi-sited ethnography conducted in Lebanon, Canada and Australia. The study explores the mobility and strategic life decisions, ontological security, and complex feelings of belonging and identity among those caught up in the Summer 2006 war in Lebanon. One objective of the research is to contribute to the debate on the impact of globalization on the emergent social and spatial imaginaries and socio-legal boundaries of citizenship and belonging.

Daiva Stasiulis is a member of the editorial board of several journals including Citizenship Studies; Ethnic and Racial Studies; The Canadian Journal of Sociology; and Studies in Social Justice. She is a 1997 recipient of a Research Achievement Award from Carleton University, the 2003 Indo-Canadian Shastri lecturer in Canadian Studies in India, and the South African Canadian Studies visiting lecturer in 2009. She has been a consultant to the federal government on issues of racism, migration, ethnocultural political participation, multiculturalism, and gender and equity analysis of immigration policy.

• 2017 “The Extraordinary Statelessness of Deepan Budlakoti: The Erosion of Canadian Citizenship through Citizenship Deprivation,” Studies in Social Justice, Vol. 11, No. 1, February 2017, 26 pp., available at: https://brock.scholarsportal.info/journals/SSJ/issue/view/92