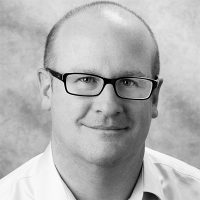 Martin Geiger joined Carleton University in 2014 as a faculty member and was appointed as an Assistant Professor of “Politics of Human Migration and Mobility”. He holds a PhD and a German “Diploma” in Geography (minors Political Science and Sociology) from the University of Bonn in Germany.

His research, teaching and writings focus on migration and mobility from an interdisciplinary perspective. Primary concerns are the multitude of state and non-state actors involved in governing cross-border mobility today, the various modes and ‘tools’ that have been invented to ‘manage’ flows of people, and the real-life effects these interventions have on persons crossing borders, societies and political systems.

Prof. Geiger is cross-appointed with the Department of Political Science and the Institute of European, Russian and Eurasian Studies. He is also an active member of Carleton’s ‘Migration & Diaspora Studies’ (MDS) initiative, the Borders in Globalization (BIG) project, the Institute of Political Economy and other initiatives and networks at Carleton. He is also affiliated with the Centre for European Studies (CES), Carleton’s EU Centre of Excellence. Before joining Carleton, Prof. Geiger held various academic appointments at centres and universities in Europe and Canada. He is an honorary, “Corresponding Member“ and former Senior Researcher of the renowned European migration research centre ‘IMIS’ (University of Osnabrück, Germany).

Prof. Geiger is also the founding editor of the peer-reviewed ‘Mobility & Politics’ series with Palgrave Macmillan (co-editors: Parvati Raghuram, UK, and William Walters, Carleton University). At Carleton, he initiated the joint faculty-student research cluster on ‘Mobility & Politics’. This group welcomes all students that seek supervision and wish to work collaboratively with other students, Prof. Geiger and other (international) scholars on topics related to migration, human mobility and refugees, border control and national security, or other issues of global governance including development and global/climate change.

Martin Geiger recently received a SSHRC Insight Development Grant to continue his work on international organizations in migration management. He is a collaborator in a EU-funded, multi-year “Horizon 2020” network and research project on diaspora entrepreneurship (DiasporaLink) and involved in several other, Canadian funded Partnership and Connection Grant projects. For his previous postdoctoral research on border security he received a prestigious Government of Canada ‘Banting’ Fellowship. His PhD research on international organizations and their migration-related activities in Eastern Europe was supported by a research grant awarded by the German National Academic Foundation (Studienstiftung des deutschen Volkes), while the empirical research for his graduate thesis on migrant workers in Southern Spain (Almeria) received funding from the German Academic Exchange Service (Deutscher Akademischer Austauschdienst).

Geiger, M. (2013) ‘The Production of a Safe Neighbourhood and the Disciplining of International Mobility’, in: M. Walton-Roberts and J. Hennebry (eds.) Territoriality and Migration in the E.U. Neighbourhood, Dordrecht: Springer, 225-243.