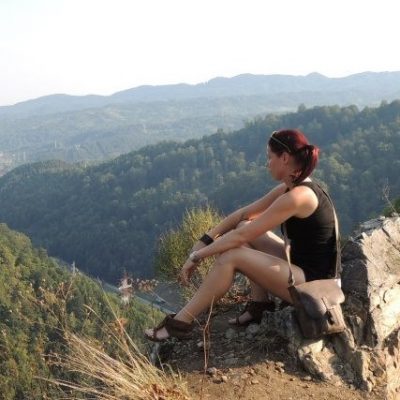 In what program are you currently enrolled? PhD

What year of the program are you currently in? 6

How did the idea for this research come about?
This study was part of my (then) current supervisor Dr. Kevin Nunes’ program of research which main focus was the use of implicit measures to assess cognitions potentially relevant to sexual offending. Although research on implicit measures is still in its infancy, it is believed that these tests represent non-intrusive and inexpensive methods with which to assess implicit cognitions – meaning largely non-conscious, non-explicit thoughts that are correlated with specific behavioral patterns. Research suggests that although cheating is possible, these measures are less vulnerable to socially desirable responding than other tests, including self-report questionnaires. Such measures are especially relevant to the study of causes and correlates of sexually aggressive behavior, as individuals assessed in the context of sexual offenses may be motivated to hide their true thoughts and feelings regarding sexual aggression and exploitation, women, and children. Further, alternative measures can be intrusive (e.g., physically measuring penile circumference in response to sexual stimuli) and raise important ethical questions. In this study, the self-esteem implicit association test (SE-IAT) was used to assess self-esteem in a sample of men who have committed sexual offenses against children and adults, because some empirical studies have found that offenders with child victims have lower self-esteem than other men and it has been theorized that this unfavorable self-evaluation can contribute to the onset and maintenance (recidivism) in this group. In addition to implicit self-esteem, we were interested in explicit self-esteem, narcissism, and psychopathy, and in our published paper, all results except those pertaining to psychopathy were included. We found interesting connections between self-esteem and narcissism, and between narcissism and risk of reoffending. We did not find support for the proposed link between low implicit or low explicit self-esteem and recidivism risk, however. In fact, low implicit self-esteem appeared not to be associated with recidivism risk at all, while higher (rather than the proposed lower) self-esteem and narcissism increased recidivism risk.

How did you collect the data for this project?
We used an archival dataset previously compiled by a former student for a related research study.

Why did you choose this journal?
Our study best fit the scope and the audience (the readers) of the journal Archives of Sexual Behavior and we therefore decided to submit it there.

How many other journals did you submit this paper to before it landed in the journal that eventually published your work?
1

What was your revision experience?
The revision experience was very positive. Detailed and thoughtful feedback was provided from all reviewers. One reviewer had serious concerns about the validity of our implicit cognitions measure, but our differences were amicably resolved through a number of revisions.

Note: In a previous question I mentioned that the publication process was very positive. I should also mention though, that due to a number of processing issues associated with this journal (i.e., the editor was temporarily absent) the process was unusually long, and a number of reminders had to be sent to the journal in order to have it appropriately processed, edited, and published.

How many rounds of revision did you experience?
4

Did you need to collect new data to satisfy a reviewer?
No

How long did it take from first submission to acceptance?
3 years!

Was this paper conducted as part of your MA thesis?
No

Was this paper conducted as part of your PhD dissertation?
No

How did this project come about?
Please see previous answer. This study was part of Dr. Kevin Nunes’ program of research focusing primarily on the offense-related implicit and explicit cognitions of men who have committed sexual offenses. Cathrine Pettersen (the student submitting this paper to you today) was invited to take the lead on the project.

Was this research conducted with your supervisor?
Yes, Dr. Kevin Nunes

Was this research conducted with fellow graduate students in our program?
No

Was this research conducted with researchers external to Carleton?
Yes, Nicole Kostiuk, Sandy Jung, Maya Atlas (the latter was at the time an undergraduate student at Carleton)