The first Annual READi Launch and Symposium was a success! With over 150 registrants, the READi program was officially launched on Monday November 27th with the official funding announcement made by Minister Kent Hehr, Minister of Sport and Persons with Disabilities.

The Symposium’s focus was accessibility and the importance of including this concept throughout the research, design, and development process. A gathering of a wide network of collaborators for discussion sessions, including students, researchers, people from industry, governments and NGOs, and members of the disability community.

This part of the event marked the launch of the our new NSERC-funded CREATE training program, Research and Education in Accessibility, Design, and Innovation (READi).

Introduction to the objectives of the project followed by the keynote speech by:

The Honorable Kent Hehr, Minister of Sport and Persons with Disabilities
http://pm.gc.ca/eng/minister/honourable-kent-hehr

11:40am – 12:00pm Networking and refreshments with READi researchers
https://carleton.ca/readi/about/faculty/

The READi Symposium, mainly targeted for READi associates, including students, researchers, and collaborators to exchange information, network, and discuss challenges and opportunities for accessibility, as it relates to the NSERC CREATE READi training program.

The Honorable Kent Hehr, Minister of Sport and Persons with Disabilities
(http://pm.gc.ca/eng/minister/honourable-kent-hehr).

Kent Hehr represented the residents of downtown Calgary in the Legislative Assembly of Alberta for more than seven years.

Born and raised in Calgary, Kent’s life drastically changed when, just shy of his twenty-second birthday, while riding in a friend’s car, he was hit by a drive-by shooter leaving him paralyzed. The life-altering injury did not quash his ambitions—while still re-learning to use his fingers, Kent studied at the University of Calgary, earning his Bachelor of Canadian Studies, followed by his Bachelor of Law in 2001.

Kent has practised law at the prestigious national firm, Fraser Milner Casgrain, and became an active community leader, working with the United Way and heading the Alberta branch of the Canadian Paraplegic Association. In 2008, Kent was named one of the “20 Most Compelling Calgarians to Watch” by the Calgary Herald. Later that year, he won the race to represent Calgary-Buffalo in the Legislative Assembly of Alberta, a seat he successfully defended in 2012. As shadow minister of justice, finance, education and other portfolios, Kent held the government to account while taking an active role in creating legislation for the future of Calgary and Alberta. 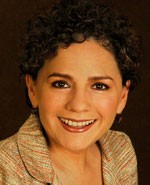 Yazmine Laroche was appointed Associate Deputy Minister, Transport, Infrastructure and Communities on November 25, 2013. Ms. Laroche has many years of experience in public policy, program design and delivery, communications, strategic planning and corporate management, having served in a variety of federal government departments including Communications, Canadian Heritage, the Canada Information Office, Privy Council Office, Treasury Board Secretariat and Infrastructure Canada. She began her public service career as a communications officer in Transport Canada. She was appointed as an Assistant Deputy Minister in 2000. In 2004, Ms. Laroche joined the Privy Council Office to develop the Government of Canada’s “New Deal for Cities and Communities”.  In 2009, she was appointed Assistant Deputy Minister, Executive Policies and Talent Management in the Office of the Chief Human Resources Officer.

She was appointed DM Champion for federal public servants with disabilities in November, 2015.

Ms. Laroche is a graduate of Carleton University and a director of the Board of Muscular Dystrophy Canada. 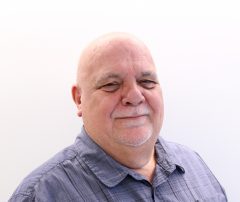 Alfred Spencer is Director of the Outreach and Strategic Initiatives Branch at the Accessibility Directorate of Ontario (ADO). As Director, he is responsible for educating Ontarians about the advantages of inclusion, and developing a network of strategic partnerships that helps Ontario organizations become accessible by 2025.

He has overseen the implementation of over 100 community projects related to creating awareness of accessibility issues including programs for early childhood educators, elementary school teachers, and post-secondary-students and professionals. His approach to community development has touched all aspects of social inclusion from places of faith, to workplaces and sporting events.

Dr. Keith Gordon, joined CNIB in the spring of 2007 after more than 30 years spent in the ophthalmic industry, where he was responsible for a wide range of research, regulatory and scientific activities. He was responsible for managing the research operations of CNIB, and for utilizing research to ensure ongoing, evidence-based vision rehabilitation services at CNIB.

Dr. Gordon’s primary research interests lie in the area of ophthalmic epidemiology; the prevention of vision loss; and Charles Bonnet Syndrome, the experience of visual hallucinations by many people who undergo vision loss. He is committed to increasing awareness, in both the medical community and the general public, of this fairly common, but little known, condition.

His academic qualifications include an M.Sc. in Epidemiology, a Ph.D. in Bio-organic Chemistry and an MBA. He is an adjunct professor in the Department of Ophthalmology and Vision Sciences at the University of Toronto.

Dr Gordon has been a Board member of, and worked with, a number of national and international organizations associated with vision. He is currently Research Director of the New Zealand Blind Foundation, and until this year was an Executive Board member of AMD Alliance International, a global organization dedicated to increasing awareness and access for patients with age-related macular degeneration.