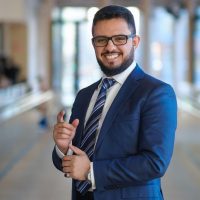 Originally from Yemen, Abdulwahab came to Carleton as an international student hoping to rewrite part of the situation back home. He believes that having the opportunity to be in Canada has broadened his skill set, including learning a new language, adapting to a new culture, and building new connections.

Abdulwahab is a past participant of the Carleton Model United Nation conference at Harvard University, Queen University and the Model Parliament, at Carleton. He also founded the Yemeni Student Association (YSA) at Carleton which in 2018 collaborated with a humanitarian charity, and together raised over $25,000 to help facilitate operations for schools in Yemen.

Abdulwahab was elected by the undergraduate student body-at-large for a one-year term commencing July 1, 2019 and ending June 30, 2020.