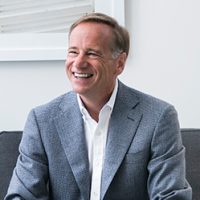 Dan Fortin retired as president of IBM Canada Ltd in July 2014. Dan began his IBM career in Ottawa, Ont. Over a rewarding career that spanned 35 years, he held numerous leadership positions in Canada and globally.

Dan continues to be active on a number of boards and associations, including the Board of Governors at Carleton University. He currently serves as an independent director for Economical Insurance of Canada, where he is a member of the Risk and HR & Compensation committees and chairs the Strategic Initiatives Committee, as well as Foresters Financial, were he sits on the Risk, Fraternal and Strategic Oversight committees. He is also the current board chair of Evok Innovations, an investment fund for clean tech startups, located in Vancouver. He has previously served on the boards of the Conference Board of Canada and World Vision Canada. In 2014, he had the privilege of serving as campaign chair for United Way, Toronto.

Dan grew up in Drummondville Que., and is fluent in English and French. He graduated in 1978 with a Bachelor of Civil Engineering degree from Carleton and received an honorary doctorate from his alma mater in June 2009. He also holds an ICD.D designation from the Institute of Corporate Directors. He is married with three children and two grandchildren. He is a marathon runner and enjoys skiing with his family.

Dan has also been interviewed for a governor spotlight – see what he had to say.