I am a PhD Candidate in Indigenous and Canadian Studies from Carleton University, Ottawa. I am from around La Sarre, Abitibi-Temiscamingue, Québec and I currently live in Luxembourg.

My research is on hydro and geo social relations falls into the field of environmental humanities and affective human geography. It takes place on the territory of the Abitibi8inni, which is located around the Abitibi lake and now divided by the provincial border between Quebec and Ontario. For my project I ask different people how they relate to the Abitibi lake today, and particularly to its possible imminent disappearance. In terms of environmental history, I discuss how geological factors (post-glacial rebound) interact with more recent and anthropogenic and eutrophication-inducing factors (damming, boating, rejection of used waters, agriculture) to affect the lake, whose fate and own role in the process becomes ambiguous and open to interpretation.

This work is meant to assist in providing a local picture of contemporary hydro social relations in the context of settler-colonialism and to comment back on the material conditions affecting the implicated realities, on racism, on ontological (in)commensurabilities and on the anthropocene. 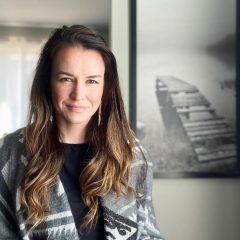 Lisa is First Nations from the Chippewas of Nawash (Cape Croker) with ancestral ties to Batchewana First Nation and was born and raised in Ajax, Ontario.

Lisa has an Undergraduate Degree in Criminology, specializing in both Domestic Violence and the Psychology of Law. She holds a Master’s Degree in Canadian Indigenous Studies, where she specialized in Indigenous Policy. Her Master’s research focussed on the Land and Mineral rights of First Nations Bands surrounding the Ring of Fire in Northern Ontario. Lisa also recently completed a 10-month Public Policy Fellowship with Action Canada where her cohort researched and developed a plan to promote and support rural immigration and settlement.

Through her PhD research, Lisa plans to examine and develop an implementation strategy of the Calls to Action and Calls to Justice from both the Truth and Reconciliation Commission and the Missing and Murdered Indigenous Women and Girls Inquiry. Lisa plans to do this by developing tools, policies, and procedures for police services to implement relevant recommendations from both inquiries. In order to ground her research in practical application, she will be working alongside the Ottawa Police Service.

Lisa joined the Canadian Forces Reserves in 2008 with the Queens’ York Rangers where she taught an assortment of recruit courses, as well as assisted recruiting and training Indigenous Youth through specialized programs. In 2017, Lisa transitioned out of the Reserves and into the Public Service where currently works as a liaison between government agencies and the Indigenous Community.

In her spare time, Lisa enjoys designing and creating traditional Indigenous beadwork, as well as running and working out. She also volunteers on the Board of Directors with Mamawi Together as well as the Community Equity Council with the City of Ottawa. She currently lives just outside of Ottawa with her spouse, dog, and chickens. 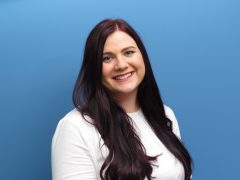 Gale Franklin is a PhD student in the School of Indigenous and Canadian Studies and she is also concurrently pursuing a Graduate Diploma in Migration and Diaspora Studies. Gale completed her Master’s in Ethnomusicology at Memorial University of Newfoundland, and her Bachelor of Music Honours at Carleton University. Gale is a settler singer-songwriter and music teacher who grew up on Treaty 1 Territory.

Gale’s M.A. research explored the pre and post-migration sonic experiences of Syrian refugees as well as examined how music acts as a site for experiencing the world and understanding oneself and one’s surroundings. She investigated how music and listening experiences are interconnected with memory, trauma, senses of belonging, and intersensoriality. Building on this research, Gale explores how music and other forms of expressive culture shape newcomer experiences in Canada and how they can be used to facilitate settlement and integration experiences as well as intercultural understanding in Canada. In the context of Canada’s commitment to the resettlement of refugees, her project advances our understanding of the challenges and possibilities faced by newcomers to Canada. Through collaborative efforts, Gale’s research engages newcomers in program development designed to enhance their integration experience and daily lives in Canada.

Amy Fung is a writer, curator and organizer of multifarious events.

Born in Kowloon, Hong Kong, she has lived and worked on the Treaty 6 territory of Edmonton, the unceded territory of the Musqueam, Squamish and Tsleil-Waututh First Nations of Vancouver, the Treaty territory of the Mississaugas of the New Credit in Toronto, which is subject to the Wampum Belt Treaty of the Dish With One Spoon, an agreement between the Haudenosaunee Confederacy and the Anishinaabe to peaceably share and care for the resources around the Great Lakes, and currently on unceded Algonquin, Anishinabek territory.

She received her Masters in English and Film Studies from the University of Alberta in 2009 with a specialization in criticism, poetics, and the moving image. Taking a decade long break from academia, she has been working professionally as an independent writer and curator for newspapers, magazines, journals, festivals, galleries, and museums since 2007.

Her first book on Canadian art and identity, Before I was a critic, I was a human being, was published by Artspeak and Book*hug Press in 2019.

PhD candidate with the School for Indigenous and Canadian Studies, with a specialization at the Institute of Political Economy, theorizing the Canadian Crown. Undergrad at Wilfrid Laurier, double honours Religion and Culture, and Philosophy (undergraduate project: ‘Rastafari as Political Ideology: Afrocentric, Anticolonial, and Eschatological Historical Consciousness’). MA Philosophy at the New School for Social Research (thesis title: ‘Archaic Vulnerability: Ontological Dynamics of Wonder in Ancient Greece and Pity in Revolutionary France’). Recent publication: ‘Defending Indigenous Rights from the Just Society’ in 1968 in Canada: A Year and its Legacies (University of Ottawa Press, April 2021: https://press.uottawa.ca/1968-in-canada.html).

I live with my family on unceded Omàmiwinini territory.

Kimberley Keller is a second year PhD student at Carleton University in the School of Canadian and Indigenous Studies. She completed both her BScH in Environmental Science and her MA in Global Development Studies at Queen’s University.

Kimberley’s research centres on environmental rights and the application of legal personhood to various ecosystems. Secifically, Kimberley is analyzing the impacts of nature rights on the preservation of local environments, the proliferation of Maori culture, and the accountability of corporations and governments as exemplified by the Whanganui River in New Zealand. Subsequently, Kimberley will apply the information to the Canadian context and critique the role environmental legal personhood could play in environmental conservation, Indigenous-Crown relations, and the resource extraction sector.

My name is Jamie McCullough and I am from a small community tucked away in the Laurentians in Quebec. I moved to Ottawa years ago and now call it home.  I am a daughter, wife, mother of 4 and an aunt to many nieces and nephews.

I hold a Masters degree from the School of Indigenous and Canadian Studies at Carleton.  My PhD research interests lie in cross cultural education, race and racism, treaty negotiations, pedagogy, and experiential learning.  I am interested in researching how Indigenous studies has been taught over the last 50 years in Canada compared to contemporary teaching methods influenced by the calls to action from the Truth and Reconciliation Commission. 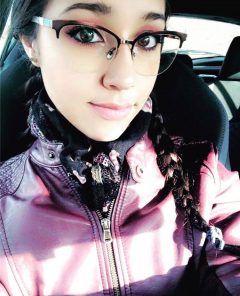 Victoria’s M.A research explores the position of French-speaking minorities in Canada at the provincial level following Quebec’s move towards provincial nationalism and the implementation of the Official Languages Act into Canadian law. She investigates how the Constitutional division of power has impacted language laws and led to direct provincial restrictions on bilingualism and on separate French-language education in the provinces.

Focusing on provincial legislation that was produced as a response to language agitation following the Royal Commission on Bilingualism and Biculturalism and its effects on minority French-language communities, she shows that despite various efforts by the federal government to implement language laws in order to protect Francophone minorities and encourage the idea of bilingualism as a national narrative, the continual, historical, and calculated actions of assimilation at the provincial level reflects the dominant Anglo-Saxon narrative rooted deep within the nation, highlighting the lack of unity between political governance and the competing definitions of the national Canadian identity.

Melissa is a filmmaker and visual artist. She combines her research with both visual and digital art mediums. Her current focus is on arts-based, critical and decolonial pedagogy, community based collaborative methods and methodology, and decolonial futures. She implements these interests on multiple fronts.

Aligning her work with Indigenous land-based and environmental politics, Melissa teaches textured printmaking as part of art therapy sessions for survivors of sexual violence with Muskoka Parry Sound Sexual Assault Services. Within these sessions, the outdoor environment is combined with various painting mediums to create environmentally based techniques for both artistic practice and healing.

As part of multiple different arts communities in her hometown Bracebridge, Ontario, on unceded Anishinaabe, Kanienʼkehá꞉ka, and Mississauga territories, she advocates for the implementation of the TRC recommendations for change. One of her projects includes a 2021 development proposal for collaborative Indigenous/settler arts infrastructure and outdoor/indoor arts installations with the Town of Bracebridge. Her proposal was recently passed through town council and reviewed by the downtown development working group.

Melissa aims to bring critical decolonial and arts-based pedagogical perspectives into her teaching and research practice through the integration of expressive arts therapy. More accessible and grounded within community, the expressive arts allow for new epistemological frames to emerge as teachings become embodied. Aware of how knowledge production processes intimately shape the kinds of knowledge produced, the expressive arts allow for grounded approaches to meaning making that break through colonial constructions of space/time as well as institutional and structural limitations on knowledge creation processes.

Samantha Stevens specializes in international communications and relations, and humanitarian structural development and crisis aid. She holds a BA in English at Athabasca University, with a particular focus on British, Canadian, and post-colonial literature, ethics, and the psychological effects of mass media. She recently completed a Graduate Diploma in journalism and was awarded an MA in journalism upon the completion of her thesis: “Towards Reconciliation: The White Savior Trope in Canadian Newspaper coverage of Grassy Narrows First Nation between 1977 and 2019.”

Samantha’s research deals primarily with revealing a vestige of the antiquated colonial system, the white savior trope, in news media, policy, and Canadian society. She is particularly interested in how colonialism has embedded itself within the English language, and how such a perspective is then recreated through social and political reinforcement.

Her select publications include “Exporting the White Savior: The Colonial Textual Influence on Canadian/Indigenous relationships” and “Journalism Education and Call to Action 86: Exploring Conciliatory and Collaborative Methods of Research-Creation with Indigenous Communities,” which she coauthored.

Her current research explores the differing conceptualizations of jurisprudence between Indigenous legal orders and Aboriginal law (settler law applied to Indigenous peoples), and how those concepts intersect, relate, and conflict over time. Centered specifically on Anishinaabe law, governance, and constitution, this research is focused on the ongoing Restoule v. Canada (Attorney General) case in which representatives of the 21 Indigenous signees of the Robinson-Huron Treaty are suing the Ontario and Federal governments for failing to uphold their treaty obligations.

My disciplinary background is in Information Science, the study of the creation, storage, sorting, and dissemination of information in its many forms. The study of information isn’t just about databases and archival documents. It’s a meta-analysis of every text and image you can see, hear, read, and interact with.

As a Canadianist, my expertise is in Canada’s linguistic minorities, Francophone identities, and the cultural production of migrant musicians and singers. My doctoral research focuses on the representation of BIPOC Francophone artists in the Festival industry, the promotional role of Facebook, and how both produce cultural representations of Frenchness here in Canada. I explore their contribution to Canada’s Francophone culture, language, and identity. —