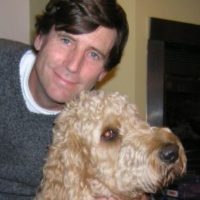 Paul Litt is a historian of late twentieth-century Canada with special interests in culture, nationalism, the politics of image, and public history. His current research project is a study of the mid-twentieth century heritage tourism region of Huronia as a settler cultural nationalist imaginary based on appropriation of the Indigenous past. Paul is cross-appointed between the School of Indigenous and Canadian Studies and the Department of History at Carleton.

CDNS2310 Introduction to the Study of Canadian Culture

“The Apotheosis of the Apothecary: Retailing and Consuming the Meaning of a Historic Site,” Journal of the Canadian Historical Association, 10, 1999: 297-321.

The Muses, the Masses, and the Massey Commission, Toronto: University of Toronto Press, 1992, pp. 331.

Andrew Walker, “Cultural Policy by and for Artists: The Case of the Professional Chorister in Southern Ontario,” MA thesis, School of Indigenous and Canadian Studies, 2021

Christian Kellor, “‘At the Ordinary, March!’: An Autoethnography of War of 1812 Reenacting,” MA in Public History Research Essay, Department of History, (co-supervision), 2020

Matthew Cain, ““What Shadows We Are, and What Shadows We Pursue”: A Study of Edmund Burke’s Influence on Canadian Political Culture,” Ph.D., School of Indigenous and Canadian Studies, 2019.

Kelly Ferguson. “The Origins of the Peacekeeping Myth in 1960s Canada,” MA in Public History Research Essay, Department of History, 2017.