Less than a month after they crossed the stage to receive their degrees, a half dozen journalism students are receiving a professional boost from the CBC, which is airing the short documentaries they produced in their senior video workshop during the winter term.

Balance by Hannah Berge, Irene Galea and Lauren McIvor, and The Jazzmen by Alexander Behne, Matthew Curtis and Mitchell Kedrosky, were selected to air on the CBC’s Absolutely Ottawa series. The selection was made by Adele Cardamone-Martel, executive producer at CBC Ottawa.

“Each year I’m always amazed at the quality of productions from the students at the School of Journalism at Carleton University,” she said. “It’s great to see the work of these creative storytellers come to life as part of the Absolutely Canadian series on CBC Television. It was nice to see this year’s short documentaries Balance and The Jazzmen showcase the people and places in our local community”.

Balance features John Felice Ceprano, who spends his days stacking rocks in the Ottawa river, all the while knowing that his art will be demolished come winter. 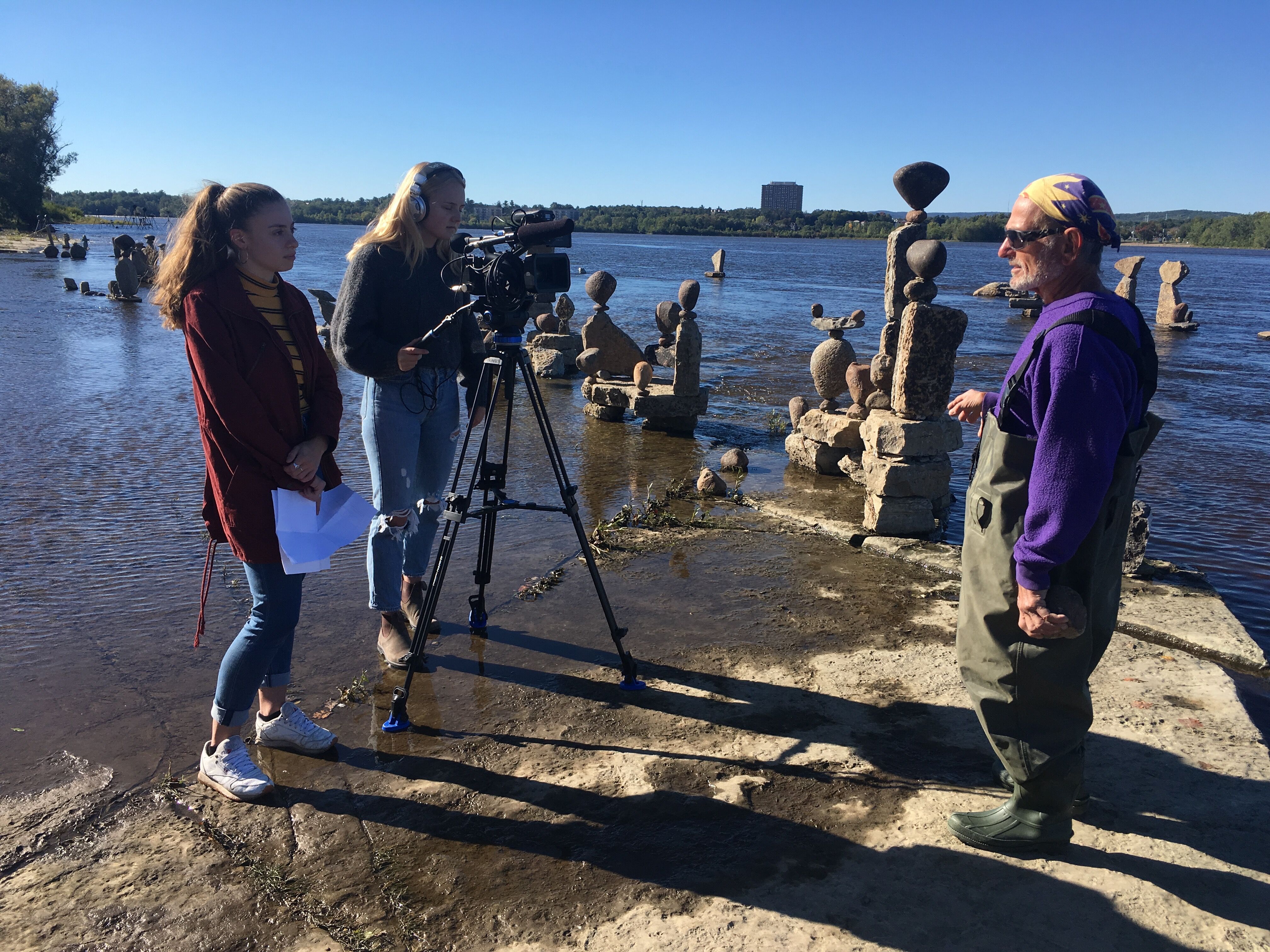 Irene Galea, who worked on Balance, said she and her group-mates are both excited and grateful they can share the doc with a wider audience with the help of the CBC.

“It’s wonderful seeing our visions coming to fruition. Working with and learning from their producers made every hour in the editing suite worthwhile.” 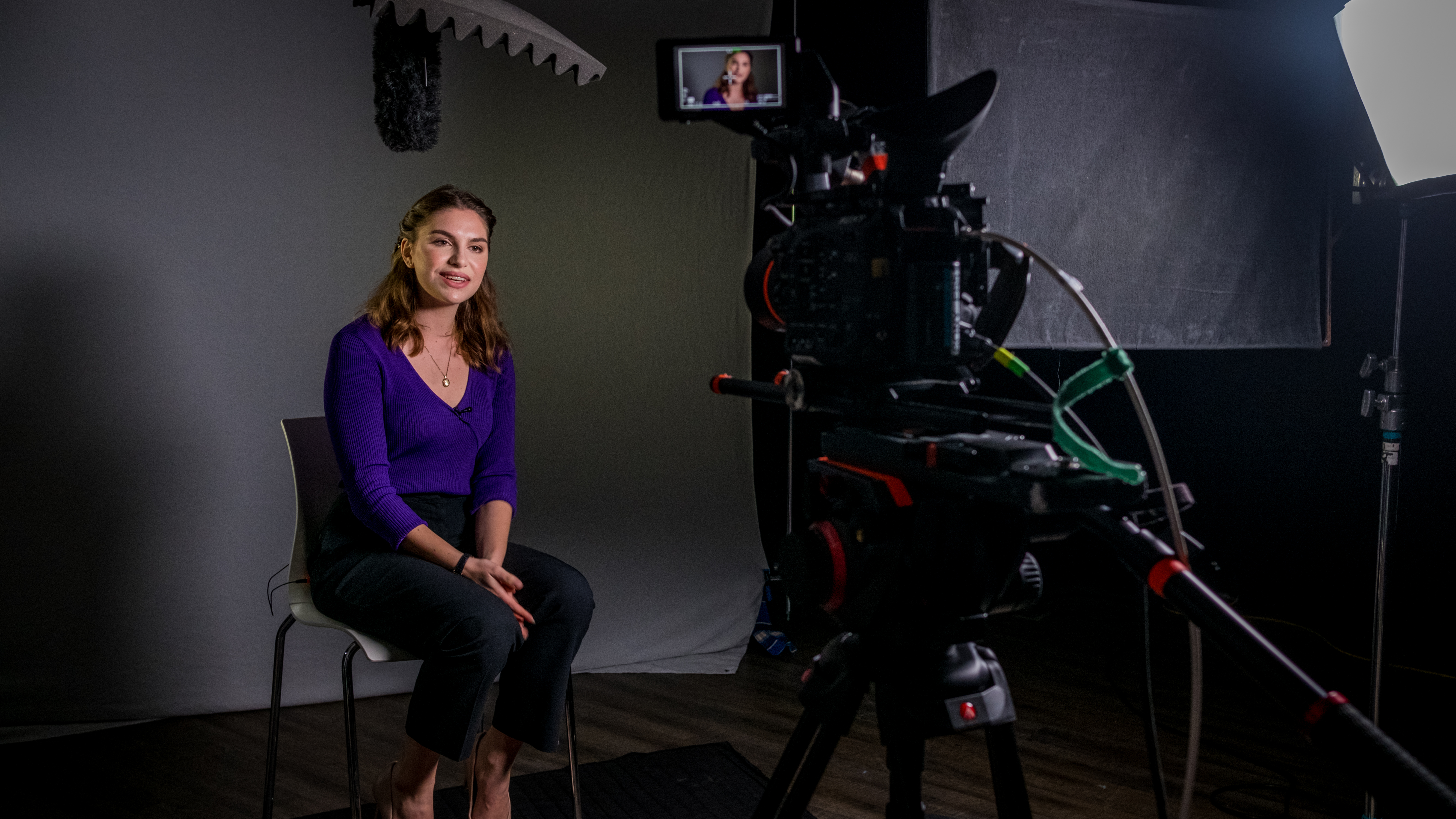 Irene Galea, talking about her doc at the CBC. Photo CBC/Michel Aspirot

The Jazzmen explores the world and work of the Nebula Organ Trio, a new constellation of star jazzmen making a splash in the Ottawa music scene with their modern take on a historic genre and a sound powered by a piece of music history – a vintage Hammond organ. 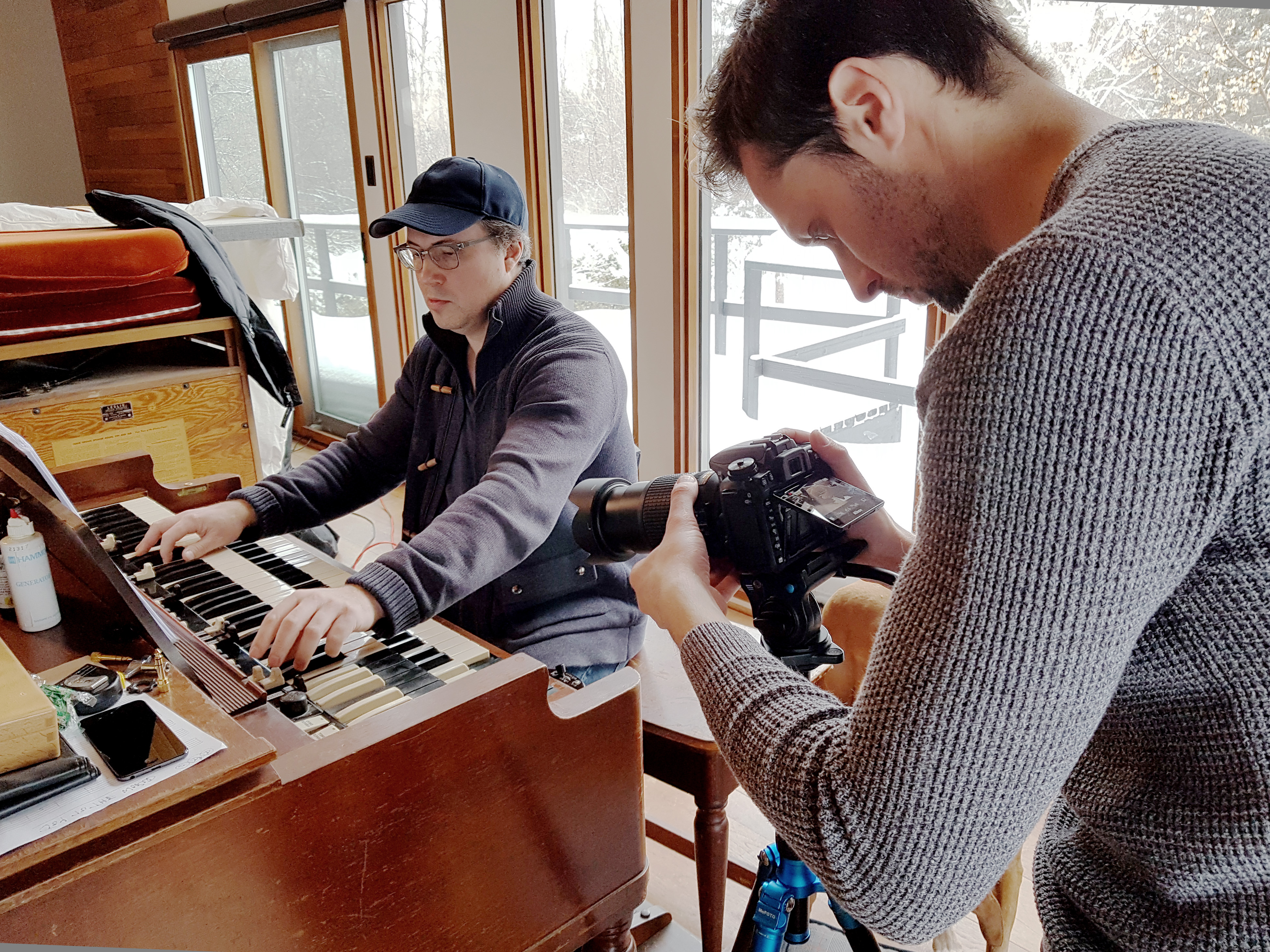 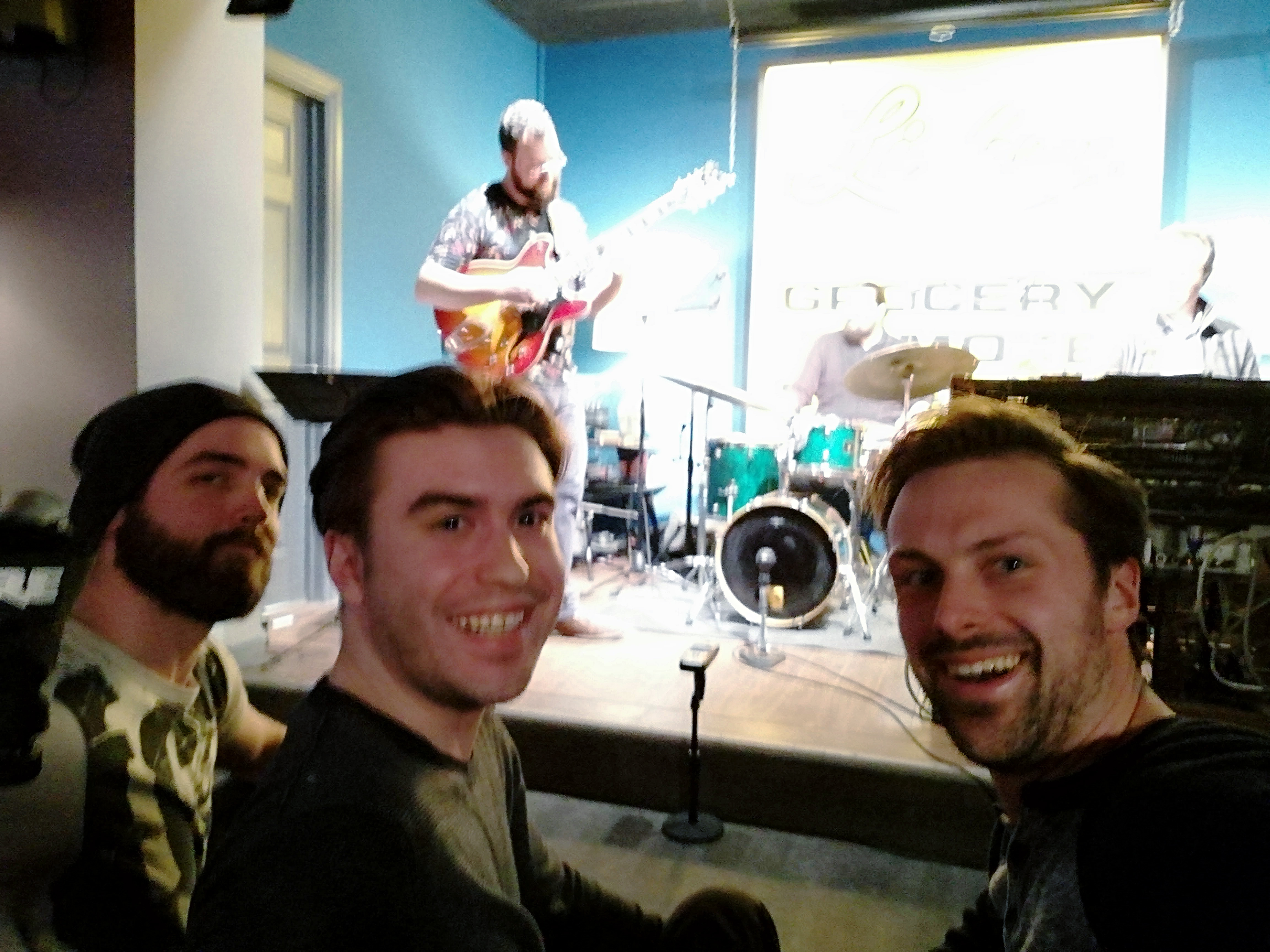 Having The Jazzmen selected by the CBC was quite a boost, according to Alexander Behne, a member of the production team.

“It’s always nice to have people say they like what you do, especially if it’s something that you put a lot of yourself into,” he said. “It’s a special kind of hug that you can only get from a large group of total strangers, and there’s something about that feeling that drives you to keep getting better.” 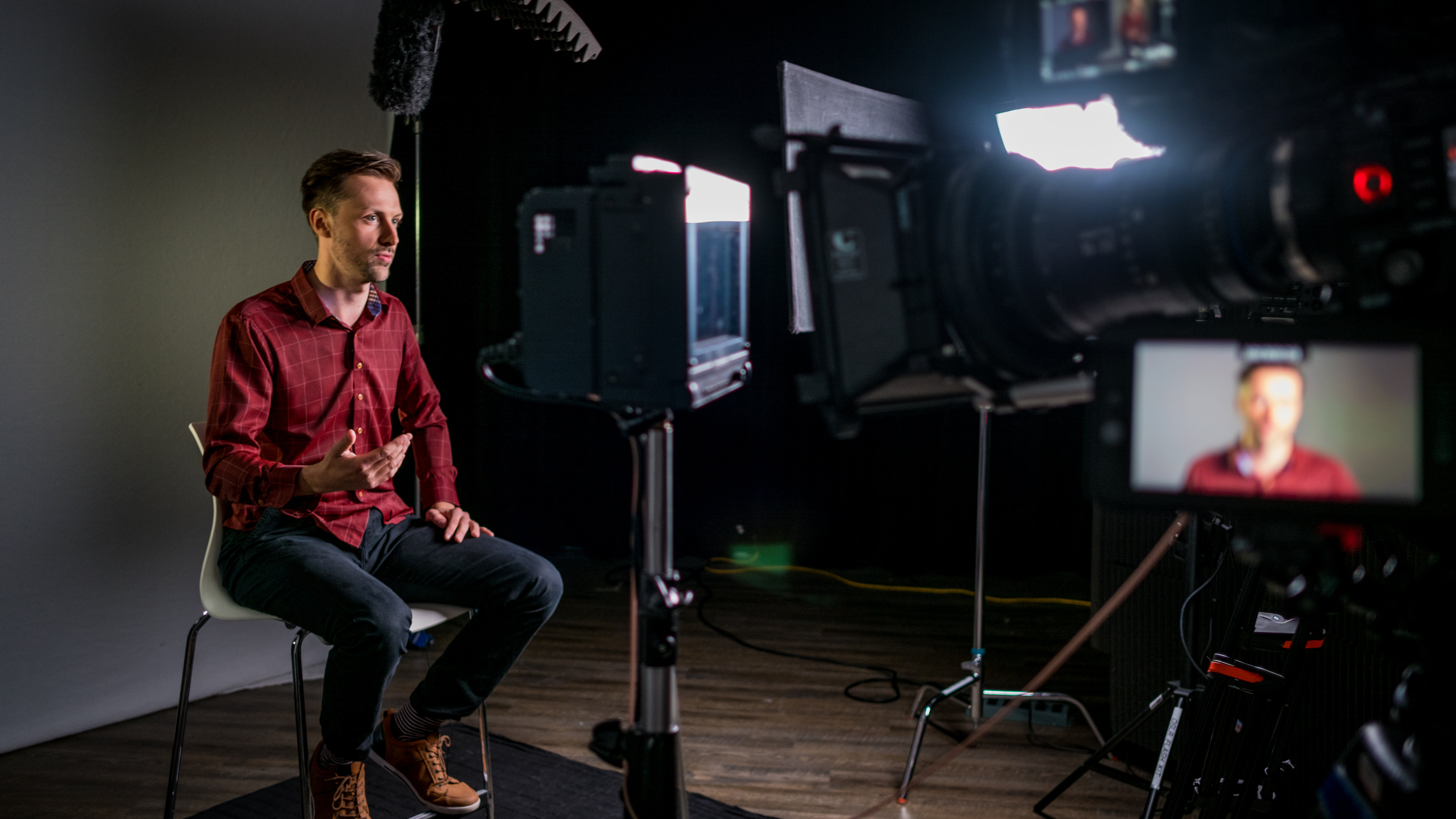 Alexander Behne, being interviewed at the CBC. Photo CBC/Michel Aspirot

Both documentaries, accompanied by interviews with Galea and Behne, will air on July 6th at 7 p.m. locally on CBC TV and also online on CBC Gem. 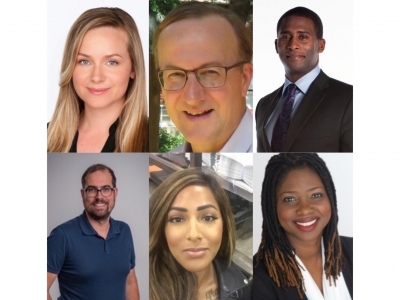 Veteran journalists from the Toronto Star, Maclean’s, CBC, Radio-Canada and the Ottawa Citizen as well as a communications strategist with more than two decades experience have joined the journalism program’s... More 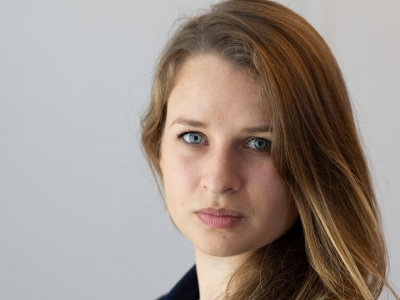 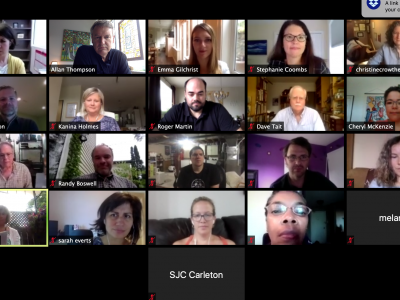 Journalism students should seize this chance to learn crucial skills needed to innovate during the...

The work of resilient reporters adapting to the COVID-19 pandemic may have changed some of our journalistic conventions forever, a trio of top newsroom managers said during an online discussion... More