Journalism professor Randy Boswell spoke about the controversy and change occurring in recent years across Canada’s landscape of commemoration during the Oct. 6-8 Multiculturalism@50 conference co-hosted by Metropolis Canada, the Association for Canadian Studies and the Canadian Race Relations Foundation.

A frequent topic of Boswell’s published commentary in iPolitics, the Ottawa Citizen and elsewhere, the ongoing upheaval over statues and placenames honouring Canada’s 19th-century patriarchs — including founding prime minister John A. Macdonald, whose government introduced the Residential Schools system — has emerged as a polarizing issue for the country.

In his talk, Boswell reviewed the wide range of contested tributes to historical luminaries — from Upper Canada educator Egerton Ryerson to Lt.-Gen. Edward Cornwallis, founder of Halifax — ­as present-day political leaders and all Canadians grapple with the dark legacy of colonization, Residential Schools and other harms inflicted on First Nations, Métis and Inuit peoples throughout the country’s history.

Boswell highlighted four major events — the 2015 bicentennial of Macdonald’s birth, the 2015 release of the final reports of the Truth and Reconciliation Commission, the 2020 upsurge in the anti-racism movement across North America and this year’s discovery of hundreds of unmarked graves at former Residential School sites across Canada — as the key sources of agitation against monuments and commemorations honouring historical figures who championed racist policies, owned slaves or otherwise inflicted enduring damage on society in ways that traditional Canadian history has largely overlooked.

The reckoning with these dark chapters in Canada’s past will — and should — continue for years to come, Boswell argued, as Canada’s commemorative landscape is overhauled to reduce the veneration of certain historical figures and widen the circle of memorialization and celebration to better reflect the country’s Indigenous and multicultural heritage.

And he argued that resisters of change who complain that activists are “erasing history” in their push for reforms have failed to acknowledge the gaps, silences and blind spots in Canada’s collective memory that are finally being illuminated by those challenging the commemorative status quo.

Boswell was joined in the panel discussion on “Our Multicultural History and Heritage” by Lynn Kobayashi of the National Association of Japanese Canadians, who gave a presentation on the community’s battle for recognition and redress for the Canadian government’s Second World War internment of Japanese Canadians.

Randy Boswell in iPolitics: Erin O’Toole is the real threat to democratic fairness

Randy Boswell in iPolitics: Erin O’Toole is the real threat to democratic fairness 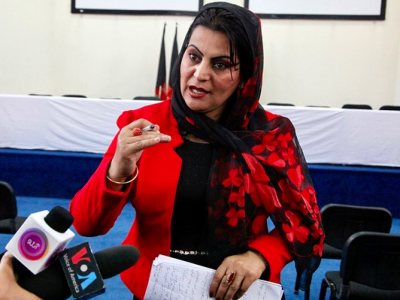