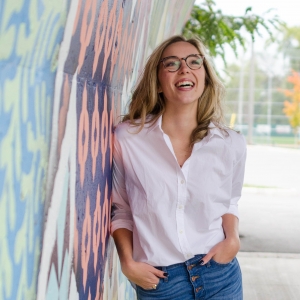 Born and raised just minutes away from the former homes of Susanna Moodie and Catharine Parr Traill, Mary Carswell-Gates’s passion for storytelling was unavoidable. A calling that began by devouring any and every book she could get her hands on, Ms. Carswell-Gates began using writing to make sense of the world around her. She graduated from Trent University in 2018 with a Bachelor of Arts Honours Degree in English Literature.

During her undergraduate degree, Ms. Carswell-Gates was inspired by the connections she observed between literature and journalism, from Britain’s Licensing Act of 1737 to Saturday Night Live’s interpretation of Trump’s America. Ms. Carswell-Gates was motivated to continue her studies at Carleton University to explore the ways in which the crossover between mediums affords individuals a voice to share their lived experiences despite oppressive forces.

Beyond literature, Ms. Carswell-Gates’ interests include politics and ethics, wellness, and fashion history.