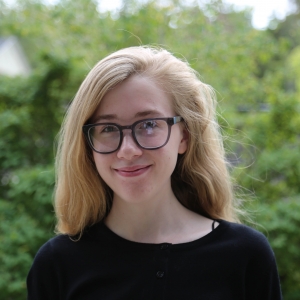 Emma, an aspiring journalist and media critic hailing from Quispamsis, NB, discovered her journalistic calling while spending seven years in the student press at her campus newspaper, The Brunswickan. As the current president and former vice-president of the Canadian University Press, as well as the former editor-in-chief of the Brunswickan (2015/16 and 2017/18), Emma is passionate about the future of journalism in Canada and mentors student journalists nation-wide. She has appeared on CANADALAND and CTV and freelances for various news outlets.

Having completed her BA in Classics and Archaeology at the University of New Brunswick Fredericton in 2016, Emma combined her love of journalism with an MA in Classics (also at UNB), where her research focused on applying journalism theory to the study of the ancient Greek historian Thucydides. Emma is thrilled to be finally taking the next step in her journalistic career at Carleton.