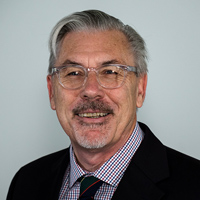 Paul Adams joined the faculty of the Carleton School of Journalism and Communication in 2005 after a long and varied career in journalism, academics, international democratic development, politics and polling. As a journalist, he started out with CBC Television in Edmonton, mainly covering provincial politics.

Later, he joined CBC-TV’s The National, and was stationed in Winnipeg, Toronto and Ottawa. During that time, he covered everything from forest fires to economic news, but his main preoccupation was always politics. He left television in 1997 to become CBC Radio’s senior parliamentary correspondent and eventually Ottawa bureau chief. In 1999, he joined the Globe and Mail’s parliamentary bureau as senior political correspondent. He later served as the Globe and Mail’s correspondent in the Middle East.

He wrote a book about his son’s struggle with heart disease, Summer of the Heart: Saving Alexandre, which was short-listed for the Writers’ Trust biography prize, and more recently a book called Power Trap about the federal opposition parties. He was also the “ghost-writer” for the memoirs of the former prime minister, the Rt. Hon Paul Martin, Hell or High Water.

He has written for magazines including The Walrus, Reader’s Digest, and Policy Options. For several years he had a weekly political column at iPolitics.ca.

Before becoming a journalist, Adams worked as an assistant to a number of politicians as well as teaching political studies at the University of Manitoba for several years.

After leaving the Globe and Mail in 2003, he ran the Palestinian program for the National Democratic Institute for International Affairs. He has participated in or led many electoral observation missions in the Middle East and Africa, including Canada’s observation mission to the 2006 Palestinian parliamentary elections for which he was Chief Observer.

He also worked for several years with EKOS Research Associates, a polling firm, and in that capacity co-managed the national political polling for the Toronto Star and La Presse in the 2005-6 and 2008 elections.

He holds a B.A. (hon.) from the University of Manitoba as well as master’s degrees from Oxford (Modern History) and Columbia (Journalism).